2018 NBA Finals Predictions: It's LeBron Vs. The Warriors

We've Seen This Before

My Team's Next MatchCleveland Cavaliers

You might not immediately associate Dolly Parton with the NBA, but in the case of this year's NBA Finals, the connection seems appropriate. To paraphrase one of the country crooner's most popular hits, here they come again, and here we go. For the fourth straight final, it's LeBron James leading the Cleveland Cavaliers against Steph Curry and the Golden State Warriors.

That's never previously happened in NBA Finals, or the World Series, Super Bowl or Stanley Cup final for that matter, so history will be made when they hit the hardwood.

The closest we've previously come to this roundball version of Groundhog Day was when the Boston Celtics and Los Angeles Lakers clashed in four finals in five years between 1965-69. And that rivalry actually bears resemblance to this ongoing showdown, because like the Celtics, the Warriors are viewed as the better team, while the Cavaliers are looked upon as a solid team led by a dominant superstar player, much like those late 1960s Lakers teams with Wilt Chamberlain. 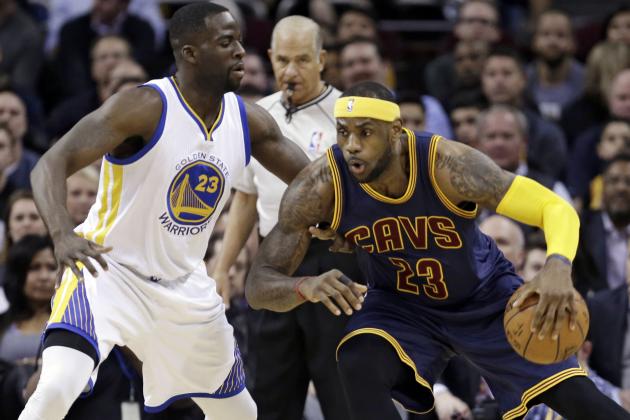 This will be the eighth consecutive NBA Finals appearance for James, and getting the Cavs here might be his best performance of the bunch. It's entirely fair to suggest that James has put this team - a struggling squad that was reassembled at the NBA trade deadline, adding four new players - on his back and carried them to the mountaintop. But if Cleveland is to ascend to the peak for the second time in three seasons, James will truly need to be Superman and prove to be able to leap tall buildings and slam dunks at will.

Bovada certainly sees it this way, establishing the Warriors as overwhelming -900 favorites to win their third NBA title in the four showdowns with the Cavaliers. Cleveland is a +550 underdog to win it all. Based on last season's final, those appear to be appropriate odds. The Warriors of Curry, Draymond Green, Kevin Durant and Klay Thompson easily dispatched a Cleveland team that was defending league champs and No. 2 seed in the East in five games. This spring, the Cavs entered postseason play as the East's four seed.

As much as Curry is their leader, what makes the Warriors so formidable is that they have so many other options to beat you. In fact it was Durant, who was NBA Finals MVP, lighting up Cleveland for more than 35 points per game while shooting 56 percent from the field and 48 percent from beyond the arc. He's doing it again this spring, leading the Warriors with better than 29 points per game. Curry and Thompson combined for 24 three pointers in Games 6 and 7 of the Western Conference final against Houston. 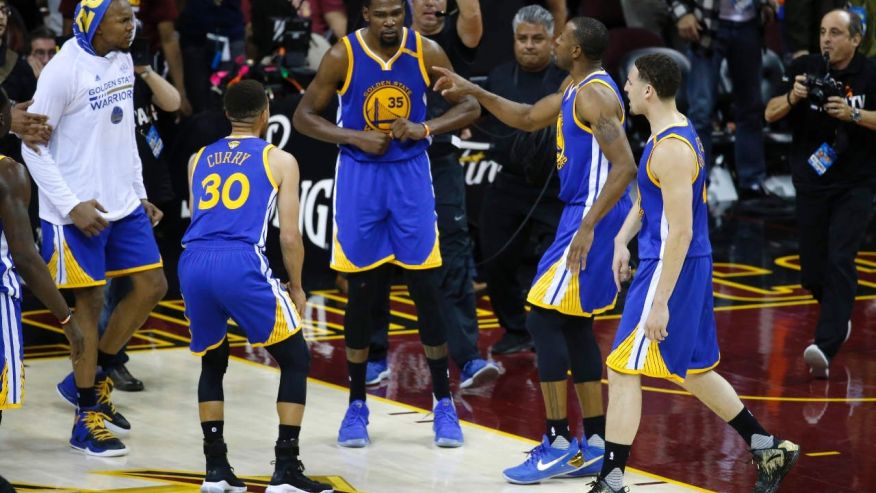 But they don't call LeBron King James because he got a crown from a margarine commercial. He truly is the world's greatest player. This spring, James is already the first player to collect more than 600 points, 160 rebounds, 150 assists, and 30 three-point field goals in a playoff year, and the Finals haven't even got underway yet. Another concern if you are betting the Warriors - guard/forward Andre Iguodala, their most consistent LeBron defender, is ailing with a leg issue and his status for the final is uncertain.

James has done it all already, and he'll probably be asked to do even more in the Finals, since center/power forward Kevin Love, Cleveland's second-best player, is in the NBA concussion protocol and his status for the Finals is also unknown. Cleveland may be left with no choice but to seek to slow down the pace the game and hope to hold Golden State in check. The Cavs are 6-1 in the playoffs when holding the opposition below 100 points. But that will prove to be a tall order.