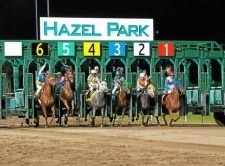 Horse racing fans in Michigan have a pair of live racing facilities to chose from, either Hazel Park Raceway just north of Detroit, or Northville Downs located west of the city. Both also provide year-round simulcast wagering from both thoroughbred and harness tracks troughout North America. There are no stand-alone OTB facilities in Michigan, and while there are a number of casinos throughout the state, as yet none of them include a racebook.

While live or simulcast wagering on horses is only available in the Detroit area, racing fans elsewhere can easily wager on the biggest races from around the world with an account in an online racebook, such as many of those reviewed here. It only takes a small deposit to get started, and rewards and promotions provide a return on investment beyond what you can win at the track.

There's never really an off-season in horse racing, and while there's no doubt the big races in North America draw a lot of interest from casual fans, dedicated horseplayers know that throughout the year some of the best horses in the world are racing elsewhere. That's why it's great that a racebook such as Bovada.lv offers daily wagering on tracks from Australia, Ireland, France and the UK, in addition to the top North American tracks.

Whether the preference is for throughbreds or harness racing (or both), Michigan race fans have the option of attending live or simulcast racing in the Detroit area, at either Hazel Park Raceway or Northville Downs. 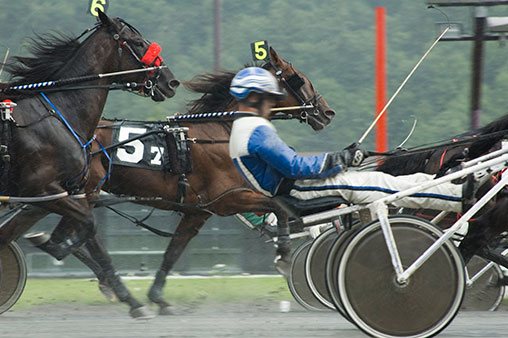 Located at what was originally supposed to be a car racing track, Hazel Park opened for thoroughbred racing on its 5/8ths mile track in 1949, and added harness racing in 1953.

It operated as a facility for both until 1984, when it was switched exclusively to harness racing. In 2014, it was converted back to a thoroughbred-only track, which is how it remains today. In 2004, the old grandstand area was torn down and completely modernized.

Celebrating 100 years of live racing in 2017, Northville hosts two race meets throughout the year, from early March to late June, and then again from early Septemeber to late November.

Racing is held on Friday and Sturday nights, with a post time of 7:00 PM. For simulcast wagering on both thoroughbred and harness racing, Northville is open every day throughout the year, from noon until midnight.