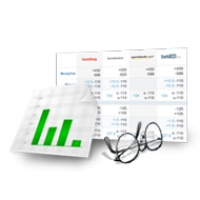 There’s an ongoing battle in the hockey world when it comes to analytics. While numbers such as wins against replacement and on-base percentage have become accepted and valued stats in baseball, the jury is still out when it comes to hockey’s so-called fancy stats, calculations that include Corsi, Fenwick and PDO. Some hockey people believe you can’t compare the sports, because hockey isn’t a static game like baseball. The old school scouts still place the most emphasis on the eye test over what a spread sheet can tell them. [+]

But all that matters to you as a sports bettor is whether these newfangled numbers pass the smell test in terms of something that can help you determine which way to place your wager.

Certainly, the most popular and known member of this new group of hockey stats is Corsi. Though named after former NHL netminder and current NHL goalie coach Jim Corsi, he in fact has nothing to do with the stat.

A blogger on an Edmonton Oilers fan site was seeking a name to put with this stat. He’d heard Buffalo Sabres general manager Darcy Regier discussing the value of shot differential stats during a radio interview but didn’t like the way Regier Number rolled of the tongue. He pondered Ruff Numbers in honor of Sabres coach Lindy Ruff but didn’t take to that one, either. After perusing the Sabres media guide, he chose Corsi, the Buffalo goalie coach at the time, and that’s how the Corsi Number was branded.

How To Use NHL Corsi Stats

Corsi is a puck possession calculator that tabulates how both individual players and teams rate in the overall picture. Puck possession is a valuble variable – generally teams that possess the puck the most have a better chance of winning – but until Corsi, there was no real stat that calculated which players or teams were the best at dominating puck possession.

The NHL has listed Corsi numbers as part of its stats package at NHL.com since 2015, giving the stat more legtimacy with mainstream media.

Corsi is a stat tht has many detractors as it does supporters. While it is considered a more trustworthy stat in assessing a player’s overall value than plus/minus, it also is handicapped by the same variables as plus/minus.

Just as players on good teams generally have positive plus/minus, players on top teams also tend to trend upward in their Corsi Number. A mediocre player can draw benefit from being on the ice at the same time as the team’s elite Corsi players, skewing his numbers in a positive manner. Likewise, a top player saddled with a bad team will likely see his Corsi diminshed, often through no fault of his own.

Will Corsi Make You A Better Bettor?

Can Corsi play a role in your wagering strategy? Certainly it can. Gathering as much data as possible before you place a bet is never a bad idea. But treat Corsi as you would any other variable. It is part of the picture but not the whole enchilada.

Consider the NHL’s top Corsi performer in 2015-16 was Los Angeles Kings center Nick Shore at an off-the-charts 61.32. But Shore was also a guy who produced three goals and seven assists in 68 games. He was not a difference maker.

On the other hand, the top Corsi defenseman in 2015-16 was Shore’s Kings teammate Drew Doughty, the Norris Trophy winner, who posted a solid 58.89 and clearly was, and still is, an elite NHLer.

Named for Matt Fenwick, another Alberta-based NHL blogger, Fenwick is remarkably similar to Corsi with one distinct variable – it discounts blocked shots, considering shot blocking to be a skill and not merely a random occurrence. Fenwick, like Corsi, only takes into account event-strength shots because there is distinct advantage or disadvantage in play for both teams when one team is on the power play.

How To Use Fenwick Ratings

Fenwick only takes into account shots on net and missed shots. It is considered a solid method to determine a team’s ability to generate and prevent scoring chances. Players and teams with high Fenwick totals are getting more chances to score than the opposition.

How To Use Zone Start Percentage

A player with a percentage of 54 or higher is considered to be an dangerous offensive performer.

Perhaps the least reliable of hockey’s new analytics, this stat is also known as SPSV percentage. PDO actually isn’t an acoronym for anything. It’s just the name Brian King, the founder of the stat, opted to use.

How To Use PDO

PDO is tabulated by adding the sum of the a team’s shooting percentage and save percentage while at even strength. The variable of this stat is that it assumes all teams will ultimately regress to a combined total of 100.

A team with a PDO above 100 is considered to be overachieving or lucky, while teams that fall below the 100 barrier are viewed as unlucky and not nearly as bad as their numbers might appear.