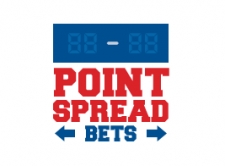 Betting on the spread can be an exacting venture in professional sports. A number of variables come into play that can impact the difficulty of predicting a given line. The NBA specifically poses a problem for some. Basketball is a high-scoring sport with a ton of variance, which in turn scares people away from wagering on the spread. But should it? Is NBA spread betting actually tougher than other sports? Or is its relationship to the spread more complicated than that?

What Is Spread Betting?

Spread betting joins moneyline and over/under wagers as the Big Three of single-game gambles. It is arguably the most common of the bunch, but also the most difficult to consistently hit.

When betting on the spread, you are not necessarily concerning yourself with the outcome to a given game as much as you are the point differential itself. If the Los Angeles Lakers are playing host to the Boston Celtics at Staples Center, they might be favored by 7.5 points. In this case, the spread would look like: Lakers (-7.5) vs. Celtics (+7.5).

Wagering on the spread appeals to so many people for this reason. It gives them flexibility in the outcome of games. The favorite has to win if you're betting on them to cover, but the underdog needn't pull off the upset to satisfy your bet.

People also dig the spread because the returns are usually set in stone. You are usually looking at anything from -110 to +110—basically even money. The over/under lines promise much of the same consistency, but most prefer to invest in something related to a team's outcome; intimate knowledge of a squad is helpful that way. And moneyline wagers don't promise any of the same consistency. Their returns can be more or less lucrative, depending on who you are betting on and how close the two participating teams are within the NBA's competitive landscape.

Why Is Spread Betting So Difficult In The NBA?

High-scoring sports open the door for more variance in the final scores. The NBA is one of them. None of the major professional sports are played at a faster pace.

Soccer, baseball and hockey specifically are all lower-scoring events by design. Their scores—goals and runs—are worth only one point per success story, and teams and players must go through more motions just to get them. That makes it harder for even the best squads to create separation. You will traditionally see more upsets in these settings—especially in hockey—because a single score can turn the tide of an entire tilt.

The NFL offers higher-scoring opportunities. Field goals are worth three points and touchdowns count for seven if kickers hit the extra point. But it takes teams so long to get up and down the field. They are not tallying touchdowns on every possession, and even the most successful series usually take a couple of minutes to pan out.

The NBA is more of a free-flowing sport. Teams have 24-second shot clocks, so they strive to get up and down the floor. Some squads are more committed to quick-twitch decision-making than most, but even the slower offenses have less than a half-minute to get their house in order.

Combine this with the sheer number of possessions that are created for each team as a result, and NBA games are no stranger to triple-digit scoring totals per team, which make for over/under lines well north of 200. And whenever that many points are involved, the scope of possibilities expands.

A team could be favored by one point, 10 points or 20 points. Regardless of the set spread, though, the game has a greater potential of turning in the other direction—particularly on lower spreads. Thanks to fast-paced play, the three-point shot and intentional fouls down the stretch of the fourth quarter that result in free throws, a four-point favorite could just as easily win by triple that amount.

It also doesn't help NBA spread bettors that the league as a whole is ahead of the curve when it comes to player safety.

Plenty of studies have been done about the importance of rest in professional sports. Not every entity embraces them. The NFL springs to mind here. The NBA, however, takes the concept of rest very seriously.

Coaches know they are playing out an 82-game season. The expectation is seldom that their players will be available for every contest. This holds true even for the top superstars. Many teams will schedule last-minute rest nights at the tail end of a back-to-back or during the final leg of a road trip. Others have a policy to yank their top guns from the game if it ever gets out of control rather than attempt to erase big deficits.

All of this impacts the outcome of the spread. Let's start with a rest-night scenario.

The Lakers are working off a win over the Los Angeles Clippers on Friday. They're then scheduled to play the San Antonio Spurs on Saturday. They enter as seven-point favorites (-7). But then, just an hour or so before tipoff, the head coach announces their best player won't be partaking in the festivities. They may call it a rest night or cite an injury to avoid getting fined by the league itself. Either way, that -7 now looks like a clunker, because the Lakers are more likely to lose or beat the Spurs while not covering. Such developments typically take place when a team is on the road, but this is a danger even when they're playing a home-and-home.

It works the same way when coaches pull the plug early for certain players. Let's say the Celtics are five-point underdogs (+5) against the Lakers. But the game gets away from them early in the first half. Their head coach may decide not to play his top talents in the second half or the fourth quarter. That will impede the Celtics' ability to cover the spread.

These situations arise over the course of the entire season, but they are especially prevalent toward the end of the schedule. That's when most teams tend to know whether or not they'll be in the playoffs. Squads with nothing to play for will liberally bench their best players after the initial betting lines have been released, making it more difficult for you to accurately predict the outcome.

To be sure: These issues can arise in every other sport. But marquee-player absences don't matter nearly as much in the lower-scoring competitions, and rest games are only a problem in the NFL toward the very end of the year, usually in the last two weeks or so, since a 16-contest schedule doesn't really allot for meaningless clashes that invite body-maintenance days.

Tips For Betting On NBA Spreads

Just because betting on NBA spreads can be a challenge doesn't mean you shouldn't do it. You absolutely should. It will keep your mind sharp not only for basketball, but for all sports.

Following a few simple guidelines and research techniques will help ensure you're giving yourself viable chances of hitting on wagers. For starters, there is no substitute for keeping tabs on the entire league. The NBA slogs through a long season. You can get a feel for how certain coaches handle their lineups on back-to-backs or during four-games-in-five-nights stretches, or how they respond mid-game to their team falling into a large deficit.

There will also be data available for a team's record when playing out the second night of a back-to-back, the tail end of four games in five nights, and also when trailing by a certain amount after the second half. All of these stats—most of which will be available on the NBA's official site—will give you an idea of when to steer clear of certain spreads based on how often a team is losing in these situations.

You can also take the super cautious approach and just refuse to bet on games in which one or both of the teams is playing through a back-to-back or stretch of four games in five nights. This used to be pretty impossible, because of how often the aforementioned scheduling structures occurred. But the NBA has taken steps in recent years to get rid of most of these instances, which means there will be fewer games for you to remove from your betting purview.

Another final thing to consider: Avoid tightly contested spreads altogether. Think anything along the lines of a four- or five-point underdog or favorite. These are the spreads that get blown up more often than not, either because one team falls into an early hole or an onslaught of late-game fouls artificially inflates one side's scoring margin.

Instead of working the spreads of these games, you'd be free trying to identify the outright winner with the moneyline. It's often easier for bettors to simplify the process down to that singular outcome than it is to gauge the appeal of a tightly contested spread.