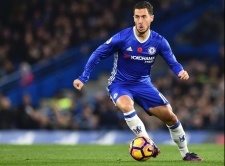 Finding the best FA Cup futures betting lines is simple. All you have to do is pick one of the most reputable sportsbooks around, all of which are featured below. Futures lines will most definitely move during the FA Cup finals rounds, so make sure you have a look every so often to make sure you’re not missing the best value.

Chelsea recently celebrated winning the Premier League at Stamford Bridge. They wrapped up the title away to West Brom with a couple of games to spare and head into the FA Cup Final brimming with confidence. Chelsea are the real deal and are devoid of any weak links whatsoever.

They don't have any injury concerns and are in the best possible mental state. Chelsea didn't have the semifinal all their own way, as Tottenham dominated for large periods of the match. But clinical Chelsea finishing was enough to see them through to the final. That's what the stats and team form says, but Arsenal will do everything in their power to avoid going through the season with no silverware.

Still, logic insists that Chelsea is too good for this Gunners side.

Arsenal, who have won 12 FA Cups, a record they share with Manchester United, won't improve on that total this year.

The FA Cup presents the last chance for Arsenal to win some silverware this season, but the rails have come off recently in north London. Thet team were in disarray but have improved lately. Wenger's future, however, is still in doubt.

Wenger is a mastermind of the FA Cup, his one saving grace. He's attempting to win a record seventh FA Cup trophy as Arsenal's manager but the stats suggest he'll fall on hurdle short. First-choice center back Laurent Koscielny is suspended for the match, while Gabriel was stretchered off against Everton and is also expected to miss out.

Anything is possible when you have Alexis Sanchez on the pitch. He is a match winner and has the heart and determination to come up big when it matters most. But Arsenal are otherwise outmatched and out-gunned in this final.

Some teams are defiant in the face of adversity, showing just what they're made of in hard times. Not this Arsenal team. They lack the backbone to come through difficult periods and will once again disappoint their manager and fans in the final.