How to Bet on Huddersfield Town 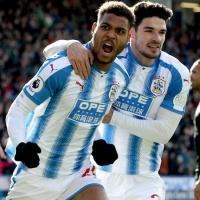 Huddersfield Town, known affectionately as The Terriers, are a Premier League team from the north of England and a club steeped with history.

The club became the first English club in history to win three consecutive league titles back in 1926 and were a regular fixture in the top flight before being relegated from the old First Division in 1976. Huddersfield then spent the next 45 years in the lower leagues before being promoted to the Premier League at the end of the 2016-17 season.

The Terriers got off to a flying start in the first-ever season in the Premier League with back-to0back victories, but things soon turned sour. Their next 13 games saw two wins, three draws and eight defeats, including two 4-0 losses and a 5-0 hammering.

Despite enduring 19 defeats from their 38 games last season, Huddersfield finished in 16th place, four points above the relegation zone, and secured their Premier League status for another 12 months. They are, however, every bookmaker’s favorite to be relegated to the Championship this season due to a lack of star quality and a toothless attack.

Who Do Huddersfield Town Play Next?

Thinking of placing a bet on Huddersfield’s next fixture? Want to know who they are playing, if they are on the road or at home, and what the latest betting odds are? Then you need to check out this fixture widget below.

Plan your bets on Huddersfield Town with precision by studying the full Huddersfield Town Premier League schedule, complete with the latest betting odds. The season pans out over 38 games with the Christmas period seeing several games in quick succession. Use your knowledge to see if the Huddersfield manager will rest key players for upcoming matches.

Huddersfield Town are widely expected to be embroiled in a relegation fight during the Premier League 2018-19 season. In fact, they were the pre-tournament favorites to finish in the bottom three and return to the Championship after only two seasons in the top flight.

Does the Premier League table reflect these predictions? Find out by looking at the current Premier League standings to see how Huddersfield and their opponents are faring so far.

How to Make Money Betting on Huddersfield Town

Huddersfield’s biggest issue last season was a lack of firepower in their attack. As a team, Huddersfield only managed the grand total of 28 goals in 38 games with their top scorer, Steve Mounie, only managed to score seven times.

The mathematicians among you will no doubt have worked out that Huddersfield only averaged 0.74 goals per game, thanks in part to failing to score in 21 of their 38 fixtures. It is worth noting that 14 of Huddersfield’s games ended with over 2.5 goals with 24 finishing under 2.5 goals.

Defensively, Huddersfield conceded 58 goals in the Premier League last season for an average of 1.53 goals per game. Ten cleans sheets is all Huddersfield kept all season.

When it comes to betting on the correct score in Huddersfield games, you should tend to not bet on the game finishing 0-0 because only five of their games finished with this scoreline.

Your best bets in games involving Huddersfield Town is to bet against them winning. They lost 50 percent of their league fixtures last season and have failed to strengthen their squad significantly for the current campaign. It could also be worth punting on Huddersfield being relegated because they do have one of the weakest squads in the Premier League.