How to Bet on Fulham 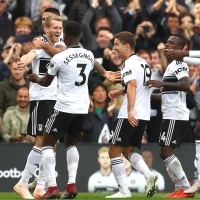 Fulham F.C, known as The Cottagers, are an English Premier League soccer team based in London. The club is the oldest team to from London to play in the Football League having been founded in 1879.

Fulham have spent only 27 seasons in English soccer’s top flight, one of which is the 2018-19 season thanks to being promoted from the Championship via the playoffs at the end of the 2017-18 season.

The Cottagers are enjoying a resurgent spell thanks to the investment from owner Shahid Khan who is a multi-billionaire. Khan also owns NFL franchise the Jacksonville Jaguars. Fulham spent in excess of £100 million following their promotion to the Premier League, although fans have an anxious wait to see of these major signings pay off and have what it takes to compete in English soccer’s top division.

It is likely that Fulham will face a tough battle in their first season back in the Premier League, a fact facing most teams who gain promotion via the playoffs. Fulham does have some exciting attacking players and the team does play attractive soccer, but it remains to be seen if they are tough enough in defence to stop some of the world’s best forwards.

Fulham’s Craven Cottage home stadium may only have a 25,700 capacity but it generates a fantastic atmosphere thanks to the fans being close to the pitch. Fulham only lost twice at home last season so expect visiting teams to be given a tough task.

Who are Fulham’s next opponents and where does the game take place? Let’s find out.

Full Schedule of Matches for Fulham

There are no easy fixtures in the Premier League and the games come thick and fast. Fulham seem to have been quite fortunate in that they don’t have several matches against the Premier League’s biggest teams in quick succession.

Fulham does have a potentially difficult end to the season with games against Chelsea, Liverpool and Man City followed by a run-in of games against teams who could be fighting to avoid relegation. Check out Fulham’s full fixture schedule below.

Most soccer pundits and experts believe Fulham have the potential to cause teams trouble but will likely struggle as they try to adjust to the pace and physicality of the Premier League. What’s happening right now? Discover where Fulham are in the Premier League standings below.

How To Bet On Fulham

It is difficult to judge how a newly promoted team will perform as the Championship has many weaker teams who would not stand a chance in the Premier League. That said, Fulham played some excellent soccer on their way to promotion and that could stand them in good stead.

Fulham started last season slowly with three draws and a loss before going on a 23-game unbeaten run that included 18 victories.

The Cottagers finished the season having scored 81 goals and conceding 46 goals from 49 games for an average of 1.67 goals for per game and 0.96 goals again. Some 21 of Fulham’s 49 fixtures finished with over 2.5 goals and only one of their games finished as a 0-0 draw.

Fulham’s top goalscorer last season was Ryan Sessegnon, an exciting 18-year-old who notched 16 goals and was touted for a move away from Craven Cottage. Some of the pressure has been taken off Sessegnon with the arrival of Aleksandar Mitrovic from Newcastle United and the loan signing of left winger Andre Schurle.

Question marks remain over whether Fulham’s attacking style will work in the Premier League. We suspect it will work against teams in and around the relegation zone, but if they try to attack some of the top six sides, they are likely to get brushed aside, mostly because they lack some real quality in defense.

If you’re considering betting on Fulham, do so when they have home advantage over teams struggling in the Premier League. Fulham won 13, drew eight and lost two of their 23 home fixtures last season, scoring 40 goals and conceding only 17.