How to Bet on Cardiff City 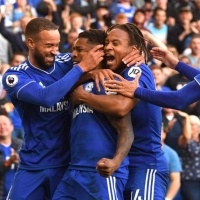 Cardiff City are an English Premier League team that is unique in that they are not based in England but in the capital city of Wales.

Known as The Bluebirds, Cardiff City have spent a large percentage of their existence outside of the top flight but gained automatic promotion to the Premier League after finishing second in the Championship.

The last time Cardiff were promoted, in time for the 2013-14 season, they were relegated in their first season, finishing rock bottom of the table with only 30 points. Bookmakers around the world believe it will be a similar scenario this time around as the club has failed to improve its squad significantly enough to stay out of the relegation zone.

Cardiff manager Neil Warnock is likely to stay in charge of the club regardless of their results as he worked miracles last season to gain promotion. If this is the case, expect Cardiff to be a team that is difficult to beat because Warnock play a defensive, physical style that could frustrate all but the most flamboyant of teams.

Cardiff City play their home games at the 33,280 capacity Cardiff City Stadium, a ground that they only lost at three times last season. Only Championship winners Wolverhampton Wanderers enjoyed a better home record than Cardiff last season. Fans will be hoping their side can continue their excellent home form in the Premier League.

Take a look at who Cardiff play next in our awesome fixture widget below.

Cardiff start the season with a difficult run of fixtures that seems them face Arsenal, Chelsea, Manchester City, Tottenham Hotspur and Liverpool in their opening 10 games. If the Bluebirds can get anything from those games it will be a minor miracle.

Feast your eyes on the Cardiff City fixture list below, which also displays the latest betting odds where available.

Cardiff City began the season as the overwhelming favorites to be relegated back to the Championships and the favorite to finish rock bottom of the table in 20th place. Is that what is happening? The current Premier League standings for Cardiff City can be found below.

How To Bet On Cardiff City

It is difficult to see anything other than Cardiff City being relegated in their first season back in the Premier League despite them being impressive during their promotion campaign.

Cardiff played 46 games on their way to finishing in second-place, winning 27 games, drawing nine and losing 10. They scored 69 goals and conceded 39 during those games for an average of 1.5 goals for per game and 0.85 goals against per game.

Although they scored plenty of goals in the Championship, they did fail to score on 10 occasions. Their top scorer was Callum Paterson who scored 10 goals from defense while fellow defender Sean Morrison got on the scoresheet seven times. It is rare for defenders to score so many goals, but Cardiff are set piece specialists, something that they will rely on this season.

Surprisingly, Cardiff failed to invest in a top goal scorer before the season started so look very light in attack.

Goals are hard to come by in the Premier League as teams tend not to allow their opponents many chances. A lack of a quality striker could be Cardiff’s downfall, especially against teams placed around them who they need to pick up points from.

Should Cardiff find themselves ahead at half-time, they tend to go on to win. They led at half time in 18 of the 46 games last season and went on to win 17 of those, losing only once. They only trailed at halftime on seven occasions during the last campaign and they went on to lose three, draw three and win once.