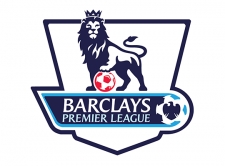 Betting on the future lines of who will be the 2017-18 English Premier League champions can be both exciting and profitable for soccer fans around the world. Knowing who to bet on is only half of the equation to winning because it often happens that knowing when to place your bet can be the difference between reaping substantial rewards and being left with only a relatively small profit. Thankfully, our team of EPL experts is here to give you their thoughts about the upcoming season.

English Premier League future lines change so often that it is difficult to keep up with who are the favorites to win the title and who are rank outsiders. The odds table below is updated regularly so make sure that you bookmark this page to stay abreast of the latest Premier League title odds.

Manchester City will start the 2017-18 Premier League season as the favorites to win the title and it is easy to see why. Manager Pep Guardiola has a wealth of talent among his squad and a Chairman who is prepared to buy whichever player Guardiola wants to bolster his squad further. Whoever finishes above Manchester City this season is likely to win the Premier League title.

The reigning champions should be thereabouts when the title is won although it remains to be seen how the Blues cope with juggling a domestic campaign alongside the Champions League. Like City, Chelsea sits on bags of money and should improve an already talented squad. If Conte can keep his side as hard to beat as their title-winning season, they're likely to be MCFC’s closest rivals.

Jose Mourinho is a natural winner when it comes to soccer. Although Manchester United ultimately finished in a disappointing sixth-place in the Premier League, the Red Devils won the Community Shield, the League Cup and the UEFA Europa League.

United embarked on a 25-match unbeaten run during the previous campaign, but too many of those results were ties. Mourinho needs to turn those draws into wins and replace the departing Ibrahimovic who scored 17 league goals if they are to justify the bookmakers’ odds of third-favorites.

After finishing third and then second, many soccer pundits believe the 2017-18 season is when Spurs lift their first league trophy since 1961. Tottenham scored the most goals (86) and kept the joint-most clean sheets (17) last season so it is easy to see why they will be short priced.

The question is can they play as well at their temporary home at Wembley as they did at White Hart Lane. Results in European cups last season suggest the answer is no, but if they can, expect Spurs to have a major say in where the winner’s trophy heads.

It has been more than 27-years since Liverpool last lifted English soccer’s top divisional trophy and it will be more than 28-uears after the current campaign is over. Jurgen Klopp worked wonders to make Liverpool into a team that plays free flowing, attacking soccer, but his defense is weak and Liverpool lack a natural goal scorer who will bag 20-25 goals a season so do not expect them to be at the top of the league come the end of the season.

After finishing second in 2015-16, Arsenal slumped to fifth-place last season and missed out on UCL. Arsene Wenger’s men were too inconsistent and lost nine games, more than double the four games lost by London rivals Tottenham. Arsenal have acquired the services of forward Alexandre Lacazette so expect them to be deadly in front of goal, but the Gunners lack the steel required to win the EPL title. Watch for them in the domestic cups though.

Everton could be the dark horses of the Premier League if Ronald Koeman can help his new signings gel together quickly. Thanks to a new owner, Everton have spent big during the off-season and strengthened areas of their squad that were, at times, weak last season. Much of Everton’s success will depend on if they can keep Ross Barkley and Romelu Lukaku, the latter especially, or who they replace them with if they do leave the blue half of Merseyside.

Leicester spent much of last season battling against relegation and eventually finished 12th. There will be many who will bet on Leicester to win the league title this season after they performed heroics, and defied the odds, during the 2015-16 season but they should save their money because the Foxes have zero chance of finishing above all 19 other Premier League clubs. If you really looking for a Cinderella story, then you'd better pick another team.

Southampton may have finished eighth during the 2016-17 campaign but it could have been a different story had they not been so poor on home soil; Southampton were 17th from 20 teams in terms of home results. A lack of goals or pretty soccer cost manager Claude Puel in the close season. Puel’s replacement Mauricio Pellegrino needs to keep hold of star defender Virgil van Dijk if he is to guide the Saints to the top half of the table. Thinking of betting on Saints winning the title? Think again.

West Ham United started the 2016-17 season with high hopes thanks to a good previous campaign and a move to a brand-new stadium. The stadium move, however, seemed to work against them and they only won seven of their 19 matches there. Hammers ended up the season 11th with 12 wins, 9 draws and 17 wins. A lack of proper investment in recent years, plus the failure to replace Dimitri Payet, will see West Ham finish in the bottom half of the table once again.

It is amazing to think that Bournemouth were in the fourth tier of English soccer only a few years ago and now they are mixing it up with the big boys in the Premier League. Manager Eddie Howe is working miracles with the Cherries, but they concede far too many goals (67 in 38 games last season) to even be considered for Premier League glory this season or for many seasons to come.

Another team who flirted with relegation for large sections of last season, but a late run of form saw them safe by seven points. Sam Allardyce left the club at the end of the season and the Eagles replaced him with Dutchman Frank de Boer. Only time will tell how de Boer, who failed badly in his last job at Inter Milan, will perform in the Premier League but I’d be willing to bet Palace won’t even finish in the top 10.

Newly promoted Newcastle United are predicted to finish the highest of the three teams who gained promotion last season, but that does not mean they will be challenging for honors. The Magpies gained automatic promotion yet they were less than impressive during the season and the team from the North-East don’t look like making too many signings even though they desperately need them. Newcastle are more likely to be fighting relegation than locking horns at the top of the table.

Mark Hughes’ Stoke City squad needs a major overhaul if it is to mount a challenge for the top half of the table, yet there seems to have been a major lack of investment to date. Stoke only scored 41 goals in 38 games and conceded 56 and let in at least three goals on nine occasions. The Potters' title odds are long for a reason so it is best to save your money for a different wager... Unless you're that kind of bettor who litteraly throws his money out the window on any occasion.

West Bromwich Albion were tipped to struggle last season yet they managed a respectable 10th place finish. Finishing in the top half of the table this campaign will be a major achievement simply because they lost 17 of their 38 games last year and the new additions to the squad do not look like they will be able to help improve this poor number of defeats.

Swansea City looked doomed for the majority of the previous campaign but performed a Houdini-type escape to ensure Premier League this term. Manager Paul Clement has his work cut out just keeping the Swans in the top flight never mind even daring to dream of a top-half finish. Avoid betting on Swansea glory at all costs regardless of their ridiculously long odds.

Burnley were exceptional at home last season, posting 10 wins, three draws and six defeats, but beyond terrible on the road with one win, four draws and 14 losses. A lack of goals in the squad is going to be a major hindrance, as is losing star defender Michael Keane to Everton so this is another team that has practically zero chance of winning the Premier League, perhaps ever.

Watford were awful last season and nothing they are doing right now makes is think they will be any different during this campaign, in fact relegation to the Championship is far more likely to happen than Watford winning the league. Bovada gave Watford a +100000 chance on this one. It could be ten-times that and we’d still tell you to avoid them like the plague.

Brighton may have been promoted to the English Premier League automatically but they are going to find life in English soccer’s top flight a whole different prospect. The club is well run and the fans are sure to have a whale of a time, but the Seagulls’ board of directors are not prepared to break the bank to keep them in the elite division so a season-long struggle looks to be on the cards.

Huddersfield will almost certainly be going straight back down to the Championship following next season's final whistle blow. The Terriers may have made some shrewd signings in preseason but their squad still lacks quality in all areas; they finished with a negative goal difference last year. We’d be surprised if Town win more than 20 points this season, back them to finish bottom of the league instead.

How To Find The EPL Most Valuable Longshot Bets

If you look at the early English Premier League futures lines, you will see that outside of Manchester City, Chelsea and Manchester United, all the other teams are at least +800 to win the league’s trophy when the season ends in May 2018. The reason these three teams are so short-priced is because, simply, they are the three best squads in the Premier League and have the biggest budgets. While you can make lots of money betting on these three teams, you could potentially win a lot more, for less risk, by betting on one of the long shots.

Tottenham Hotspur are a solid longshot bet due to finishing third and second in their previous two seasons. Spurs seem to have everything needed to become champions: a great goalkeeper, a solid defence, a balanced midfield and Harry Kane up front. Another couple of sides to look at are Liverpool and Arsenal although they are likely to need the other teams to fail to live up to their potential while playing the best soccer of their lives to be win with serious chances of glory.

The best time to place a bet on one of the longshots is before the season kicks off because the favorites are often much shorter than they should be as fans of those teams place lots of bets. Another good time to place futures bets on longer shots is after seven or eight games of the league season. In 2016-17, Manchester City had won their first nine games and everyone else’s odds lengthened significantly; City went on to finish in third-place.