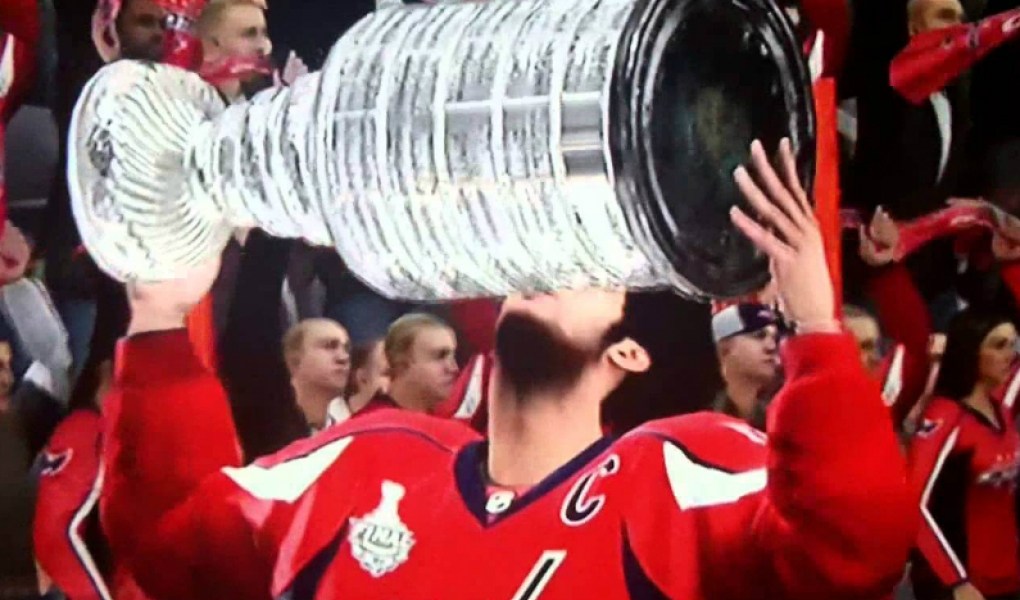 The Washington Capitals won the Stanley Cup last season for the first time in their 43-season history, and yet oddsmakers have them as the eighth pick overall (+1400) to repeat as champions (odds provided by BetOnline).

BetOnline provides one of the best online sports betting guides for beginners and experts. Would a bet on the Caps to retain the title be considered one of the biggest sports betting wins? You would have to make that call. But here is the betting line explained: If you bet $100 on Washington and the Capitals repeat, your ticket would return $1,500 ($100 bet plus $1,400 profit).

The Tampa Bay Lightning are the current favorites at +800. The Toronto Maple Leafs, who haven’t won the Cup since 1967, are the second choice at +900.

Neither the champs nor the other Stanley Cup finalists (Vegas Golden Knights +1200) are among the top picks as the Winnipeg Jets (+1000) round out the top trio.

Remember, future odds change as the season progresses towards the final series, but your odds are locked in when you make your bet.

Favorites To Win The Stanley Cup

Let’s take a look at the champs and those teams with the lowest odds and try to pick a winner for the Stanley Cup (with BetOnline future odds).

The Capitals have reached the playoffs in 10 of the last 11 seasons, but often made early exits. Last season was a dream run for the Metropolitan Division champs. So, why not this year?

“We have basically the same team, so I think our chances to win one more time are just the same as last year,” forward Andre Burakovsky told NHL.com.

The opportunity to repeat served as enticement for defensemen John Carlson (eight-year, $64 million contract) and Michal Kempny (four years, $10 million) and forward Devante Smith-Pelly (one year, $1 million) to re-sign rather than leave as an unrestricted free agent. Defenseman Brook Orpik also returned (one year, $1 million) after being traded to the Colorado Avalanche, along with backup goaltender Philipp Grubauer, and subsequently having the final season on his contract bought out by the Avalanche.

Any time you have one of the all-time leading goal scorers in Alex Ovechkin on your team, the sky’s the limit.

The Lightning have been the pick of many experts to win the Cup after reaching the final in the 2015 season. Last year, Tampa ended the regular season with the most points (113) in franchise history. They lost the conference final to the Caps in seven games.

In order to keep their Cup window open, the Lightning signed forwards Nikita Kucherov and J.T. Miller and defenseman Ryan McDonagh each to a long-term contract.

The signing of former New York Islanders’ captain John Tavares has moved the needle in Toronto’s favor. The Leafs already have a young, talented lineup. Now, they add one of the league’s top leaders in the first overall draft pick from 2009.

Tavares has scored 24 or more goals in every season of his career. He now joins young stars Auston Matthews, Mitch Marner and William Nylander.

The Leafs, who have been knocked out of the playoffs in the first round for the last two seasons, earned 105 points last year. It was their best production since the league went to an 82-game schedule in 1995.

The problem is, these Leafs lack a lot of playoff experience.

The Jets reached the Western Conference Final last season, losing to Vegas in five games. They will be counting on largely the same young group that improved by 27 points from 2016-17 and finished with a franchise-record 114 points (52-20-10), second in the NHL behind the Nashville Predators (117).

The Jets were the only team in the NHL to have each of its first-round draft picks from 2011-16 in the lineup (Mark Scheifele, Jacob Trouba, Josh Morrissey, Nikolaj Ehlers, Kyle Connor, Patrik Laine).

Last season’s playoff run was the best in franchise history for the Jets.

Will the Golden Knights stun the league again after their unprecedented inaugural season? That’s not likely.

Vegas smashed records for an expansion team at every turn last season, winning the Western Conference title before losing out in the NHL final in five games. The Knights finished fifth overall with 109 points last season. They were sixth (+44) in goal differential and had five players with 22 or more goals.

Vegas is hoping to hit the jackpot in its second season, especially since landing former Montreal captain Max Pacioretty in a trade with the Canadiens. This city is all about beating the odds.

The Capitals now have the invaluable playoff experience to get the job done again, but the odds of repeating are not in their favor.

The Jets have been making great strides these last few years. They will become the first Canadian team to win the Cup in the last 25 years.