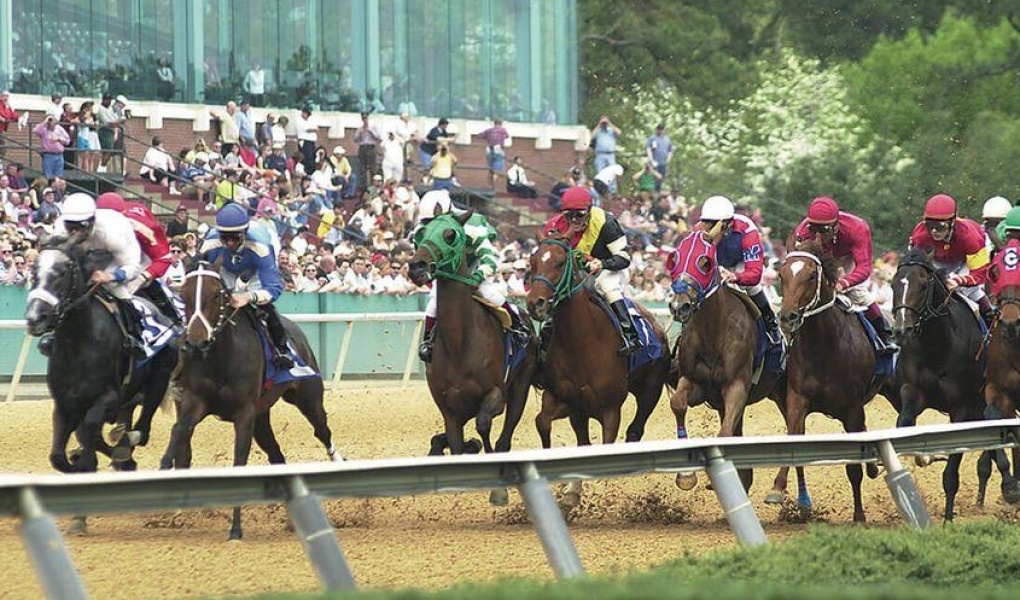 How Does a Horse Qualify for the Kentucky Derby?

Although the Kentucky Derby is held every year at Churchill Downs on the first Saturday of May, qualifying for one of the 20 available spots in the starting gate begins months before. The Derby is restricted to horses aged three, but many horses begin the road to gaining qualifying points while they are still in their two-year-old racing season.

For horses based in North America the Derby qualifying series begins with the Iroquois Stakes in mid-September, and runs right through to the Arkansas Derby in mid-April. In total there are 34 races in the United States that make up the series, plus the UAE Derby that is held in Dubai at Meyden Race Course.

The top four finishers in each of the qualifying races gain points on a scale of 10-4-2-1 through the first half of the schedule, which then increases to 50-20-10-5 for a half-dozen races in late winter/early spring and finally to a 100-40-20-10 scale in the final weeks leading up to the Derby.

There is no set schedule as to when certain horses will run in certain races, as the route to the Derby is mapped out by the trainer according to where and when they think the horse should run. Typically a horse will run in three or four qualifying races to try and make the Derby gate, although it is possible to qualify simply by winning, or even running second, in one of the later races that offer more points.

In 2018, Magnum Moon finished on top of the qualifying leader board with 150 points after wins in the Rebel Stakes and Arkansas Derby. Instilled Regard grabbed the final qualifying spot with 29 points.

It should be noted that a high Derby qualifying spot does not always translate into good Kentucky Derby results, as Magnum Moon went on to finish 19th.  The 2018 Kentucky Derby winner Justify made the field after winning a single 100-point qualifier, the Santa Anita Derby.

The Smarty Jones Stakes goes Friday, January 25 from Oaklawn Park, as race #8 on the day. Expected post time is 3:52 Central.

You can bet the Smarty Jones and the entire Kentucky Derby qualifying series with an account in one of these recommended online racebooks.