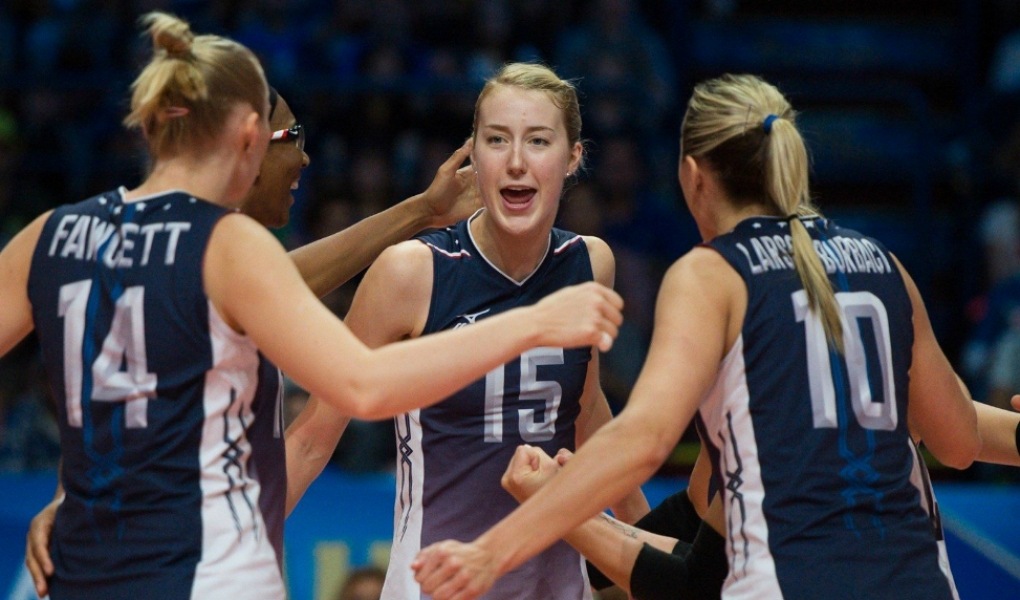 The Americans (+250) are currently ranked second in the world, but they are the favorites in the women’s volleyball betting lines as the 24-team world tournament gets underway later this month (futures odds provided by Bovada).

The reigning Rio Olympic champions from China (+400) are the third pick and currently ranked the No. 1 team in the world. This team is worshipped in their home country.

Twenty-two of the 24 teams had to earn their way into the tournament in a series of events organized by the five international volleyball federations.

In the opening round of play, the 24 teams will be spread across four pools of six teams playing in a round-robin system. The top four teams from each pool will advance to the second round.

The second round will feature two pools of eight teams playing once again in a round-robin system. At the end of the second-round matches, the rankings of the four pools will be positioned, taking into account the points scored by each team in the first and second rounds. The top three teams of each group will advance to the next stage.

The tournament is down to the six top teams in the third round. It will be divided into two three-team pools by a draw, with the first-place teams from the previous round securing the top position in both pools. After the matches are played once again in a round-robin system, the top two in each pool will qualify for the semifinals and finals.

The tournament enters the medal round as third-round pool winners play against the runners-up. The semifinals winners advance to compete for the World Championship title. The losers face each other for the bronze medal.

The U.S. is the top seed in the first round in Pool C. Other countries in this grouping include Russia, South Korea, Thailand, Azerbaijan, and Trinidad and Tobago.

This is the third time in 12 years that the world tournament will be held in Japan and the fifth time overall.

Japan hosted this international event in 1967, 1998, 2006 and 2010. The country has also played host to other important volleyball competitions, including the Asian Women’s Volleyball Championship and the World Grand Prix final round.

Japan is +4000 (odds provided by Bovada) to win this year’s world championship, but don’t discount the host country. The last time the tournament was played here, the Japanese knocked off the U.S. in the bronze-medal game.

There are always upsets in these international events, no matter what the sport. But this championship will likely go to one of the top three or four teams — U.S., Serbia, China or Brazil.

The last time we saw the world’s best, China needed four sets to capture the gold in Rio. The U.S. had to settle for third.

But the U.S. women are the reigning champs and they won’t be intimidated. They have won gold in two tournament starts this year and have competed in five competitive friendly exhibition matches this summer.

Team USA is 26-4 during the 2018 season, and two of the losses were played without the core veterans.

“We’ve had some good results, lots of players and staff have made important contributions, but ultimately those things don’t give us even one extra point at the World Championship,” head coach Karch Kiraly said last month.

The U.S. won all four friendly exhibition matches with Brazil in a tour of that country in mid-August.

Serbia, currently third in the world rankings, has enjoyed a brilliant run since 2015, first claiming silver at the 2015 FIVB World Cup and then reaching the final of the Rio 2016 Olympic Games. They topped their Rio success with gold at the 2017 European Championship, beating the Netherlands in the final.

Team Serbia also won the World Championships in 2006 and Olympic gold in 2008.

Brazil seems to have left the disappointment of being eliminated by China in the quarterfinals of the Rio Games in the past. This team from a volleyball-loving nation appears to have a new lease of life, clinching a 12th FIVB Volleyball World Grand Prix title in 2017.

Prediction — China (+400). Not much separates the top teams in this marathon tournament. But the deciding factor could be the return of China’s star player Zhang Changning, who has been recovering from a knee injury.