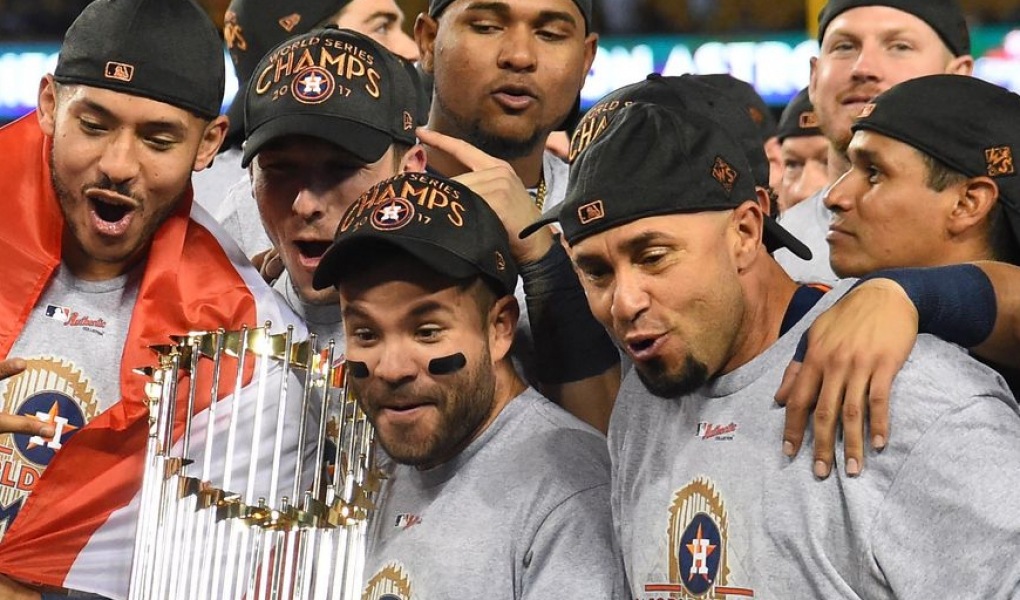 The seven-game World Series between the two league champions starts on Oct. 23. Home-field advantage goes to the team with the best regular-season record among the two finalists.

The Seattle Mariners and the Washington Nationals (formerly Montreal Expos) are the only current MLB franchises to have never appeared in a World Series. The San Diego Padres, Colorado Rockies, Texas Rangers (formerly the 1961-71 version of the Washington Senators), Tampa Bay Rays and Milwaukee Brewers (formerly Seattle Pilots) have all played in the Series but have never won.

The World Series has been played 113 times since 1903. The National League has won 48 times, while the American League has had 65 champions.

The New York Yankees have played in 40 World Series with 27 championships. It’s the most appearances, victories and losses of any other MLB team in the history of the game.

The St. Louis Cardinals, who represented the NL in the Fall Classic for the 19th time in 2013, have won 11 championships — second-most overall.

Here are the top 5 picks for the next World Series champion (odds provided by Betonline).

In danger of missing the playoffs three straight years for the first time since the late 1990s, the Cardinals have gone 29-13 under new manager Mike Shildt — the most wins in the majors during that span.

With veteran catcher Yadier Molina and Matt Carpenter (35 HRs) providing a steadying presence and an influx of rookies and newcomers, the Cardinals are back in position as October contenders. Miles Mikolas (14-4) has been the ace of the staff. Jose Martinez (.309) leads the team in hitting.

The Cardinals, one of the most successful franchises in baseball history, last won the World Series in 2011 as a wild card team. It looks like they will have to go that route again this season.

It was just two years ago when the Cubs broke their 128-year curse and won a coveted title. And here we are again as Chicago leads the Central Division with the best record in the National League, thanks largely to a great mark at Wrigley Field (44-24).

The Cubs have a +115 run differential this season, which ranks second in the NL and sixth overall. They are 11-6 against AL opponents and 13-7 in their last 20 games.

The Cubs’ fate is hinged on the health of starter Yu Darvish (elbow), infielder Kris Bryant (shoulder) and closer Brandon Morrow (biceps). For now, their status is up in the air.

The Red Sox hired a winner for their manager in Alex Cora in the offseason. Cora just won a World Series championship as bench coach for the Astros and he was also part of the 2007 World Series-champion Red Sox team.

“I think the most important thing here is to be ready to do what we’re supposed to do in September and make it to October, and then it’s 11 games in October,” Cora told MLB.com. “If it happens, I know it’s great. If we keep playing good baseball, we can win series.”

The defending champs have picked up right where they left off last season. Even though they are second overall to the Red Sox in most categories, they boast a better record on the road at 47-21. To win in the playoffs, you must win away from your friendly confines. This stat separates the Astros from the rest of the league.

Justin Verlander (14-9, 2.73 ERA) remains the ace of the staff after being acquired from the Detroit Tigers last year. The Astros added Gerrit Cole (13-5, 2.86 ERA) in the offseason.

The trio of George Springer, Jose Altuve and Carlos Correa continue to make the most noise for the Astros at the plate, even though Altuve and Correa have been battling injuries.

The only knock against the Astros is the fact that no team has gone back-to-back in the World Series since the Yankees in 1999-2000.

The Yankees turned it on in the postseason last year as the wild card winner. They lost the seventh and deciding game in the AL championship series. They will have to go the wild card route again this season, even though they are tied with the second best record in the AL.

There is no other franchise with the history and accolades as the Bronx Bombers. Playoff pressure is nothing new in this city.

Also dominant at home (48-24), the Yankees boast an intimidating lineup of power hitters with six players with 20 or more home runs, including Giancarlo Stanton (33) and Aaron Judge (26), who hasn’t played due to a wrist injury since late July.

Luis Severino (17-7, 3.52 ERA) leads the starting staff, while Aroldis Chapman (31 saves) is the closer of a strong bullpen.

Prediction — The Yankees, like most other teams, are battling numerous injuries. If they are healthy for the playoffs, this is the team to beat in 2018.