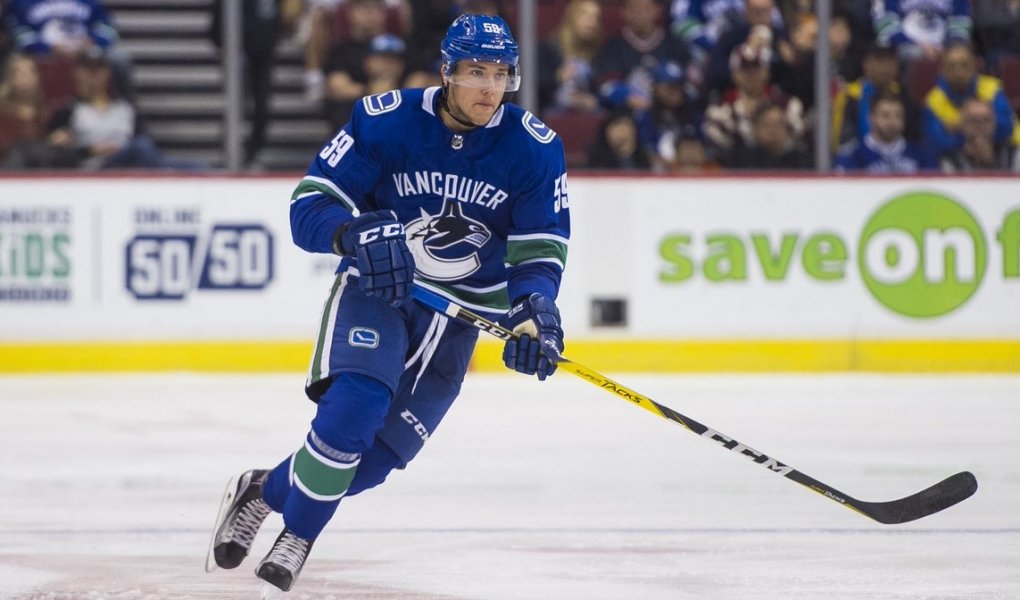 Best Odds To Win 2019 NHL Rookie of The Year

Before we jump into our best-value picks, some housekeeping rules: NHL’s consideration for a rookie is different compared to its North American sports league counterparts. Vastly different, as a matter of fact.

Whereas other leagues consider a player’s rookie campaign the one where he plays his first game, NHL’s cutoff is 25 games. Say a player suited up for less than 25 games a year prior, he’s still a rookie under NHL’s rule book. That’s no small detail, giving players with some NHL experience a huge leg up in this futures prop.

Lastly, if you’re looking for an NHL betting destination for this future and other hockey wagers, then Bovada has you covered all season-long!

The fifth overall pick in the 2017 NHL League Draft is the odds-on favorite to take home the Calder Trophy — and for good reason.

The Vancouver prospect spent all of last season at home in the Swedish Hockey League, which he collectively set on fire. He finished tops in points scored (56) and +/- (+27). The point total shattered the all-time league mark for a junior-aged player, more than previous record-holders like Kent Nilsson and Peter Forsberg. Amazingly, he did this in a meager 43 games (season is 52 games long), missing a number of matches due to world juniors competition.

Elias Pettersson
To be the NHL’s MVP Odds
+300

Saying “sky is the limit” is cliche, but it’s really the case for Pettersson, who doesn’t turn 20 years old until November. His offensive prowess, blend of creativity, and high IQ is going to make him a playmaker in the NHL for years to come.

Here’s our word of advice, though: don’t go all-in on one player with this futures bet, Pettersson included. This type of wager is a crapshoot, hence the staggering odds throughout. The smart bettors spreads his money around to a few top choices. On top of Pettersson, lay some money on the following players, too.

No one in this rookie class enters with more hype than Dahlin, the 2018 draft class’ first overall pick by Buffalo. Nicklas Lidstorm, arguably the best defender hockey has ever seen, compared his skillset to Brian Leetch, a Hall of Famer in his own right.

The 6-foot-2 Dahlin is also Swedish (what’s in the water over there?) and while his 2017 SHL stats — 20 points — don’t jump off the page, he’s a rare talent. At 18 years old, he was a lockdown defender in arguably the second-best league in the world. Whether it’s skating, intelligence, or vision, Dahlin has it in spades.

Honestly, among the four players we’ve hand-picked for this list, Dahlin gives us the most doubt. That’s not due to talent, because he has it in bunches, but rather, his position. The Calder Trophy is biased against defensemen. In the last 14 years, only two winners — Aaron Eklbland and Tyler Myers — have come from the position. While Dahlin is a generational talent that can definitely buck that trend, perhaps bet the least amount of money his way.

Russia has a long lineage of superstars in the NHL. Names like Alex Ovechkin, Evgeni Malki, and Sergei Fedorov instantly come to mind. When it’s all said and done, Svechnikov might be held in similar regard.

Andrei, the younger brother to Evgeny Svechnikov of Detroit, is a type of goal-scorer that gives opposing defenses nightmares. In his one-year stint at the Ontario Hockey League last season, he went off for 40 goals and 72 points. A hand injury limited him to just 44 games, but he won OHL Rookie of the Years honors regardless. What’s one more piece of hardware, right?

Whereas Dahlin’s position gave us pause, Svechnikov will have every attempt to stuff the box score at forward. Carolina selected him second overall to do just that. And believe us, he will sooner rather than later. The 18-year-old just has a nose for the net that can’t be denied.

We know there’s always bettors that want to go against the grain and pick a longshot. If you fall into this category, look no further than Cirelli.

He benefits from NHL’s distinct rookie rule we mentioned earlier. The 21-year-old suited up 35 times for Tampa last season. Seventeen of those games were in the postseason hence why Cirelli still has rookie eligibility remaining. During that stretch, he racked up 14 points — seven a piece in goals and assists.

Perhaps what benefits Cirelli’s Calder Trophy hopes most is the team he plays on. The Lightning are serious Stanley Cup contenders with playmakers up and down the ice.

The pessimistic bettor might say Cirelli will get lost in the team’s depth. However, the optimist believes Cirelli will have every opportunity to thrive with opposing defenses preoccupied elsewhere. We definitely fall into the latter group.