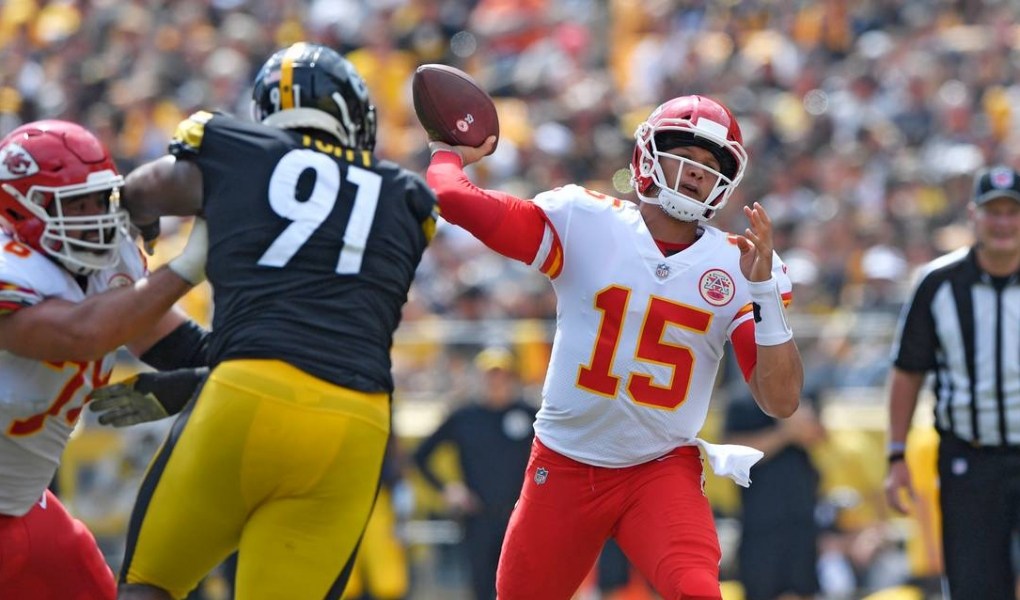 This week’s NFL betting odds are brought to you by BetOnline. They have up-to-date lines on all 16 matchups this weekend, however, the following three bets deserve your attention above the rest:

It’s only been two games, but Philadelphia’s offense has sputtered in their championship defense, scoring just 39 combined points. The slow start could be explained by a myriad of reasons. Super Bowl hangover? Hey, playing with a target on your back is a real thing.

What about quarterback play? Nick Foles, for all his Super Bowl heroics, is a backup for a reason. The good news (kinda) is the return of Carson Wentz. On Sunday, he’ll be making his first start in more than ten months coming off an ACL tear. Wentz surely is an upgrade over Foles, but perhaps not right away. It will take time for the franchise quarterback to get at full strength — an ACL tear, after all, is one of the most devastating injuries in all of sports to return from.

Three of Wentz favorite targets from a year ago — Alshon Jeffrey, Torrey Smith, and Trey Burton — are MIA. Jeffrey is nursing an injury, while Smith and Burton have departed to other teams. Together, the trio was targeted over 200 times during the 2017 regular season.

Expect the struggles to continue for the Eagles at home on Sunday. As for the Colts, Lincoln Financial Field has been a house of horror for visiting teams since 2017. Philadelphia is allowing just 17 points during that timeframe.

All aboard the Chiefs bandwagon. After back-to-back road wins against quality Chargers and Steelers teams, we’re convinced Kansas City is for real.

That vote of confidence starts with quarterback Patrick Mahomes, who is already up to 10 touchdowns this season. By comparison, Alex Smith threw 26 with this same team all of last year — so Mahomes is almost 40 percent of the way there. Smith was very good in 2017, but this offense has taken another step with Mahomes under center.

The main difference is Mahomes’ cannon arm. When you can rocket a ball 70 or so yards down the field in light speed, the offense opens up quickly. Throw in proven playmakers like Tyreek Hill and Travis Kelce into the mix, and one missed step on defense can break a play open.

Perhaps what’s been most impressive about Mahomes dazzling start is he’s spreading the wealth. Seven different players have caught a score, while three have logged over 100 yards receiving. This Chiefs offense can beat you in more ways than one.

We don’t imagine San Francisco to keep scoring pace with Kansas City. Admittedly, we’re also on the Jimmy Garoppolo train, but it’s off to a slow start, evident by Jimmy G’s 77.4 quarterback rating through two games. That train will eventually gain speed, but not on the road against a red-hot Chiefs team.

Speaking about scorching-hot quarterbacks, how about Ryan Fitzpatrick? With eight touchdowns and a pair of wins against the NFC-contending Saints and Eagles, Fitzpatrick has effectively taken Jameis Winston’s job. He has another favorable matchup on Monday Night Football against a Pittsburgh team that gave up six scores to Mahomes and company.

While we do believe in the power of Fitzmagic, the Steelers will be desperate come Monday. They’re technically winless, and not getting in the W column against Tampa Bay would create panic. Head coach Mike Tomlin will right the ship because the season is depending on it.

Also, expect points to come in bunches on Monday, so for bettors feeling extra gutsy, maybe parlay the over and Pittsburgh spread for a big payout.