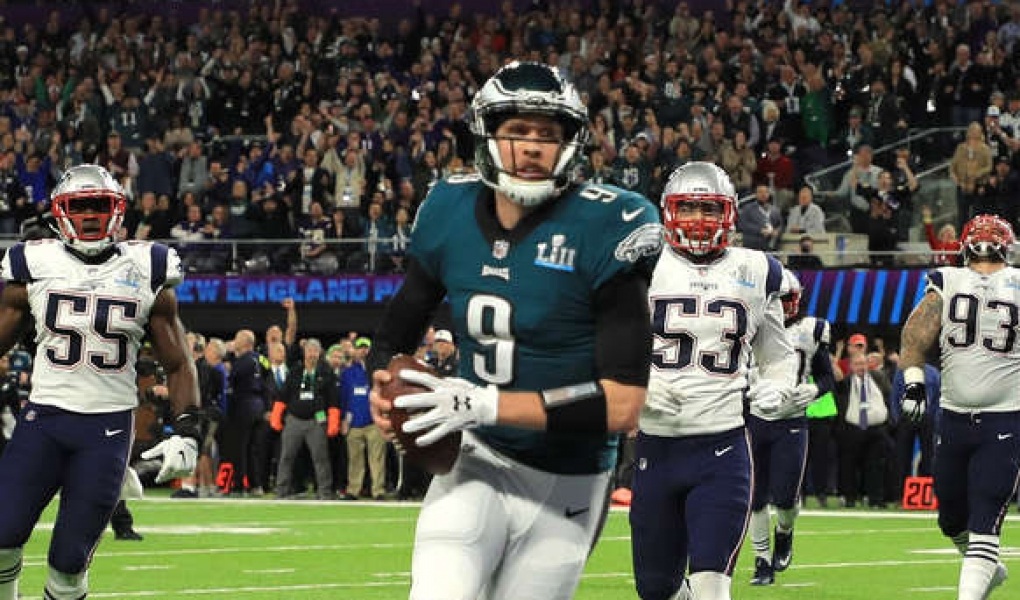 In some instances, figuring out a pattern as to how an NFL division will play out is a simple process. For instance, the New England Patriots have won nine straight AFC East titles. The Pittsburgh Steelers were AFC North champions in three of the last four years. Elsewhere, long-standing trends have come to an end. The Kansas City Chiefs brought the five-year AFC West reign of the Denver Broncos to an end in 2016, and followed up by winning the division crown again last season.

There isn't nearly as much consistency among the four NFC divisions. No NFC division winner from last season was a repeat winner from 2016, and three of the divisions have seen three different teams capture the title over the past three seasons.

Let's look at who you should bet to win each NFL division, based on the odds set out by Bovada.

When the Philadelphia Eagles got the better of the Patriots in Super Bowl 52, it made the NFC East the only division in which every team has won a Super Bowl. It's certainly difficult to debate the competitiveness of the division. In the last three seasons, the NFC East has seen three different teams earn the title. No team has repeated as NFC East champion since the Eagles won four titles in a row from 2001-04.

Bovada must be confident in history repeating itself, because they've established Philly as the -150 chalk to retain the division crown. The Dallas Cowboys, who in 1996 were the last reigning Super Bowl champion to repeat as NFC East champs, are the +300 second betting choice. The Washington Redskins, division champs in 2015, are at +650 and the New York Giants, NFC East winners most recently in 2011, are +700.

NFC North: Is It Packers Or Vikings?

The two teams that have traded the NFC North crown back and forth the past few years showed everyone that it figures to be a close one again this season when the defending champion Minnesota Vikings and Green Bay Packers fought to a 29-29 tie in Week Two of the 2018 NFL season. One of those two teams has won 10 of the past 11 NFC North titles. The Chicago Bears haven't finished first in the division since 2010, while the Detroit Lions were most recently champs in 1993, when the group was still known as the NFC Central.

Both the Lions (Matt Patricia) and Bears (Matt Nagy) are under the directon of new head coaches this season, and that's certainly impacting the odds being offered on them by Bovada. The Lions are a whopping +1600 to win the division, while the Bears are set at +600 to be champs. You will get odds of +150 on the Packers winning their sixth title since 2011, while the Vikings are listed as the even money favorite.

NFC South: It's Up For Grabs

If there's a division that any team could win, this is it. The NFC South is that close. Last season, the New Orleans Saints were surprise winners, and the two previous champions, the Atlanta Falcons and Carolina Panthers, both represented the NFC in the Super Bowl. Last season, the Falcons and Panthers earned the NFC wildcard playoff spots, emphasizing the depth of the division. The Tampa Bay Buccaneers haven't been NFC South champs since 2007, but they and the Saints are the only Super Bowl winners from the group.

At +300, Bovada has the Bucs pegged as third betting choice to win the division. The Panthers, an NFL-best 15-1 just three seasons ago, are the +400 longshot. You will get +240 on the defending champion Saints, with the Falcons holding forth as the +175 chalk.

NFC West: The Rams Be Slamming

L.A. hasn't witnessed a Super Bowl celebration since the Los Angeles Raiders won Super Bowl 18 back in 1984, but there's plenty of support behind the notion that the Los Angeles Rams will be bringing the Lombardi Trophy home this season. Bovada has established the Rams as +650 favorites to win Super Bowl 53. Bovada also has the Rams slotted in as the prohibitive -1200 choice to defend their NFC West crown.

On the surface, it seems like the Seattle Seahawks dominated the NFC West for years, but in point of fact the Rams were the third different division champion in as many years. The 2016 division champ Seahawks are listed at +950 to win it this season, while the 2015 champs the Arizona Cardinals are situated at +10000. Jimmy Garoppolo's season-ending knee injury saw the odds on the San Francisco 49ers jump from +333 to +1200.

The dominance of the New England Patriots has seen them win nine straight and 14 of 15 AFC East titles. The Pats have won more divisional crowns (20) and games (489) than any other AFC East team. The vast gulf between New England and the rest of the division is further emphasized when you note that the Pats are Bovada's second betting choice to win Super Bowl 53 at +650, while the Buffalo Bills are the longest shot on the board at +50000.

AFC North: Changing of the Guard?

Champions of the AFC North in three of the past four seasons, the kingdom of the Pittsburgh Steelers appears to be crumbling. Running back Le'Veon Bell is embroiled in a contract dispute, and receiver Antonio Brown has requested a trade. It's turmoil in the Steel City.

Despite this, Bovada is remaining bullish on the Steelers. Pittsburgh is still the +140 favorite to win the division. The Cincinnati Bengals are an intriguing price at +215, and the Baltimore Ravens are the third betting choice at +240. The Cleveland Browns finally got in the win column for the first time in over a year, but let's not get carried away. At +1200, no one is ready to anoint the Browns to status of playoff contender.

They were one quarter away from going to the Super Bowl last season. Can the Jacksonville Jaguars take the next step this season? One thing's for sure - they should step all over the rest of the AFC South. Considering that the Houston Texans are in reality still breaking in a new quarterback (DeShaun Watson) and both the Tennessee Titans (Mike Vrabel) and Indianapolis Colts (Frank Reich) are breaking in new coaches, you have to like the Jags' chances.

Bovada agrees, establishing Jacksonville as the prohibitive -170 favorite to win the AFC South. The Colts are a surprise second betting choice at +500, ahead of the Titans (+550), a 2017 playoff team, and the Texans (+550).

After years of regular-season success followed up by playoff failure, the Kansas City Chiefs opted to make a swith under center, jettisoning veteran Alex Smith in favor of 2017 first-round draft pick Patrick Mahomes, and it was an immediate revelation. Mahomes threw 10 touchdown passes in his first two games as the starter and K.C.'s offense looked unstoppable.

Bovada likes the Chiefs to carry on atop the AFC West regardless of the QB change. They are listed as the -180 choice to win their third straight division crown. The Los Angeles Chargers (+325) and Denver Broncos (+400) are next in line, while the Oakland Raiders are already well up the track at +4000.