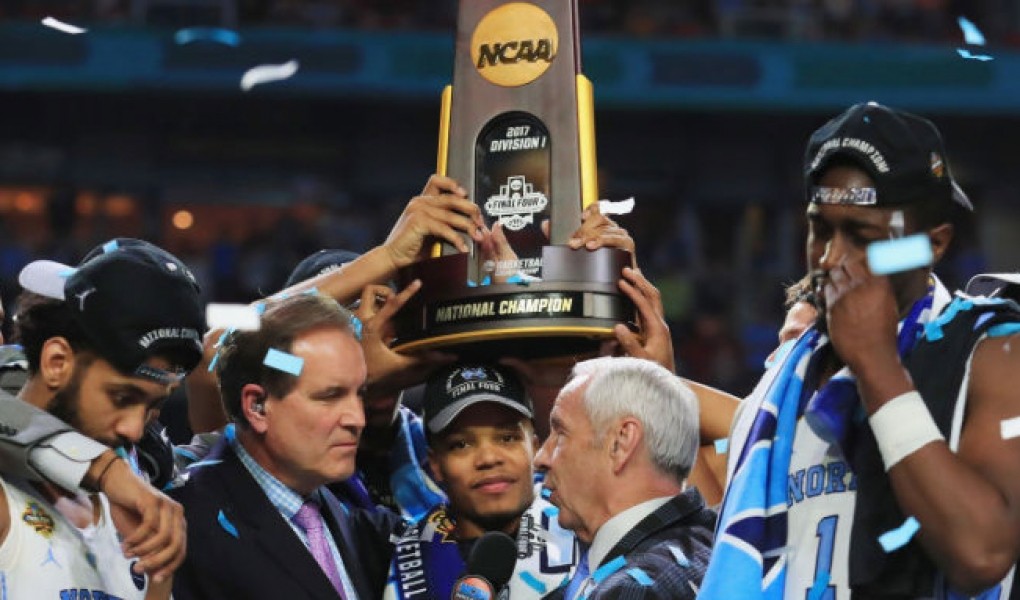 With seemingly never-ending action – as many as 16 games a day – and upsets galore, the NCAA men’s basketball tournament has fittingly earned the handle March Madness, because it is a sports bettor’s dream come true.

With so many games, the chances to win are numerous, but it can also be intimidating if you try to go at it with an all-encompassing approach. The wisest way to wager on March Madness is to take a step away from the madness and settle into a gameplan. Study the games available in each round. Do your due dilgence, researching which teams are solid against the spread plays, high-scoring teams that tend to go over and defensive dynamos that guard the net with fervor and intensity.

Once you have a handle on these factors, solid bets should come clearly into focus.

Our picks to win the 2019 March Madness

While there most certainly will be strong favorites to win the NCAA men’s basketball tournament, the beauty and the magic of March Madness live is that each round features one-game showdowns. In a best-of-seven series, generally the best team will ultimately emerge victorious, but in this style of competition, it’s the team that plays the best on game day that will come away with the verdict.

Definitely, upsets are going to happen. It’s what puts the madness in March. And they can come from anywhere. Last year, for the first time in NCAA Tournament history, a No. 16 seed toppled a No. 1 seed when the UMBC Retrievers stunned the Virginia Cavaliers 74-54 in the opening round of the South Regional in Atlanta.

In total, nine of 32 first-round matches in the 2018 NCAA Tournament were won by the lower-seeded teams. That works out to a 28 percent average. It included two wins by 13 seeds and one by an 11 seed to go with UMBC’s history-making upset.

When and where are the games?

You can watch March Madness when the NCAA Tournament opens March 19-20 in Dayton Ohio, with the First Four, as eight teams square off in play-in games to determine which schools will grab the final four spots left open in the 64-team field. Don’t overlook these teams. Last year, the Syracuse Orangemen played their way into the tournament via this format and reached the Sweet 16.

The XL Center in Hartford, Wells Fargo Arena in Des Moines, Jacksonville Veteran’s Memoria Arena, and Vivint Smart Home Arena in Salt Lake City will play host to games on March 21 and 23. Games are also slated for March 22 and 24 at Colonial Life Arena in Columbia, South Carolina, Nationwide Arena in Columbus, Ohio, the BOK Center in Tulsa and the SAP Center in San Jose.

The Final Four is April 6, with the champions final set for April 8, both at U.S. Bank Stadium in Minneapolis.

Before the first tip off of the NCAA season is even contested, you can place a bet on which school will win March Madness games via an NCAA Tournament future book wager at your favorite sportsbook. These odds will fluctuate constantly as the season progresses, so decided when to place a wager on the team you think will emerger victorious is entirely up to you.

Perhaps you like one of the top contenders, but don’t see favorable odds on them early in the year. The best option here is to wait until that team hits a bit of the doldrums during the season and to pounce when their odds start to increase.

On the other hand, perhaps you have an inkling about a team that’s lower on the board. If you believe they are a team that’s going to have a big year, but the opening odds are long on that school, you’ll not want to wait until they prove you right and cause their odds to shorten.

The top teams and their respective odds

The inherent danger of March Madness is that it’s easy to fall in love with underdogs and get carried away wagering on them until you ride with them off that cliff. Loyola-Chicago was the story of the 2018 NCAA Tournament, an 11 seed that reached the Final Four. But when they got there, Michigan proved too much for them and sent them packing.

If you are going to play upsets, use your head. The mid-pack games – 9 vs. 8, 7 vs. 10 and 6 vs. 11 – are always potential upsets because there’s really very little to choose between schools. It’s also wise to know which schools tend to be upset prone. Kansas has been upset a record 10 times in the tournament. Oklahoma (9), Arizona (8) and Duke (8) are right behind them.

In the end, though, the cream rises to the top. Last year’s Final Four included two No. 1 seeds and a No. 3 seed. Three of the last four NCAA champions were seeded No. 1 in their region. No seed lower than No. 3 has reached a final since 2014.