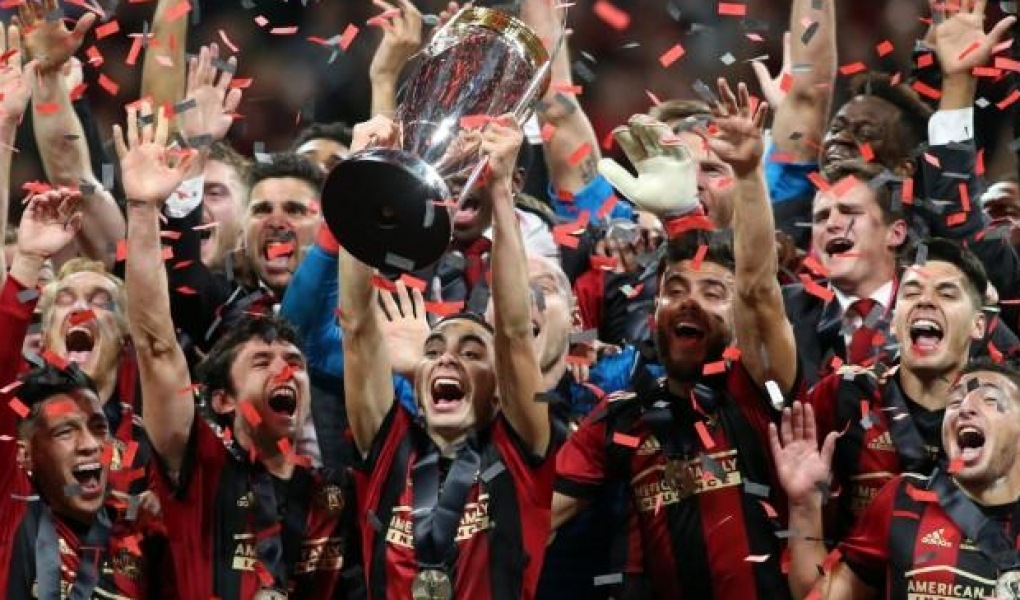 In just their second season in the MLS, Atlanta United won the MLS Cup. Not only did they win on the pitch, Atlanta United shattered the MLS attendance record for the second straight season, averaging 53,002 to become the first club in league history to top the 50,000 per-game plateau, bettering the mark of 48,200 the club established the season prior.

The MLS schedule gets underway March 2 and concludes Oct. 6.

The Philadelphia Union and Toronto FC will meet in the first of 10 games on opening day. FC Cincinnati makes its MLS bow on the road the same day against the 2016 MLS Cup champion Seattle Sounders. The reigning MLS Cup champions from Atlanta United will begin defense of their crown on March 3 away to D.C. United at new Audi Field.

Minnesota United FC will begin play at its new Allianz Field on April 13 against New York City FC and the Montreal Impact also open a new facility when they play host to Columbus Crew FC at Saputo Stadium. Renovations at Providence Park mean the Portland Timbers will have to wait until June 1 to play a home game when Los Angeles FC comes for a visit. FC Cincinnati will play its inaugural home match on March 17 at Nippert Stadium against the Timbers.

A number of existing franchises will begin the 2019 campaign with new coaches on the touchline, including the defending champion Atlanta United. Gerardo (Tata) Martino, who coached the team through their first two seasons, left to take over the helm of Mexico’s national team. Martino had previously served as manager of the national sides in both Paraguay and his native Argentina.

Frank de Boer is Martino’s replacement and he brings a wealth of experience to the position, coaching several top sides in Europe, most notably Ajax. Matias Almeyda is the new coach of the San Jose Earthquakes and Guillermo Barros Schelotto is now in charge of the fortunes of the Los Angeles Galaxy. There was specualtion that the Crew might be relocated to Austin, Tex. but the move did not materialize. Columbus also has a new coach. Gregg Berhalter left the Crew to take over as manager of the United States national team. Caleb Porter is the new coach in Columbus, which should be able to establish a cross-state rivalry with FC Cincinnati.

While history may not be on the side of Atlanta United in terms of successive MLS Cup titles, even with the coaching change this is a team that comes back looking like it is loaded for another championship chase. Regular-season and MLS Cup MVP Josef Martinez and his league-leading 31 goals are back in the fold, and 2018 South American Player of the Year Pity Martinez was signed to replace Miguel Almiron, who transferred to Newcastle of the English Premier League.

The Seattle Sounders won the MLS Cup in 2016 and were losing finalists in 2017. Last season, the Sounders were the best team in the league in the second half of the season, winning 15 of their last 19 matches, including a nine-game winning streak, before being upset by Portland in the opening playoff round.

Sporting Kansas City was favored to come out of the West last season, but came up short against the Timbers in the conference final. Sporting KD stresses more of a team concept, so it’s unlikely that the club will have a top scorer or MVP candidate, but watch for winger Daniel Salloi to increase on his 11 goals of a year ago.

The New York Red Bulls were the best regular-season squad in the MLS standings last season, setting league records for wins (22) and points (71). They are strong at the back with 2018 MLS defender of the year Aaron Long and goalkeeper Luis Robles, while Bradley Wright-Phillips was a 20-goal scorer.

Bovada lists the New York Red Bulls as +400 favorites to win the 2019 MLS Cup, just ahead of defending champion Atlanta United at +450. The five-time MLS Cup champion Los Angeles Galaxy is next in line at odds of +500, followed by cross-city rivals Los Angeles FC at +700.

Five teams – Minnesota United, the San Jose Earthquakes, Colorado Rapids and Orlando City – are all pegged as the longest shots on the board to win the title at +10000. By comparison, first-year FC Cincinnati is only assigned odds of +6600 to win it all.