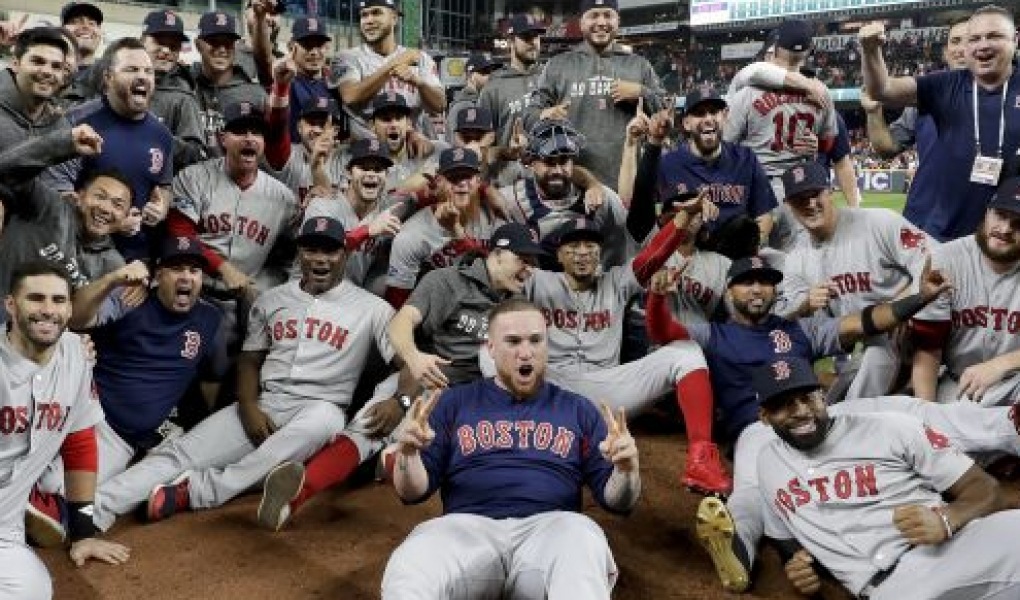 The Curse of the Bambino long over, the Boston Red Sox have now won the World Series four times since 2004, ending the supposed jinx cast upon the club when they sold the contract of the legendary Babe Ruth to the New York Yankees following the 1919 season, but there’s another Red Sox hoodoo to keep in mind. The World Series odds say don’t bet on Boston this year, because the Red Sox still haven’t won back-to-back World Series since 1915-16.

So, where should you put your money on to win the World Series in 2019? Well, that’s a difficult choice, because two of the most prominent free agents, outfielder Bryce Harper and third baseman/shortstop Manny Machado, had yet to find a new home as the opening of spring training loomed.

Can the Washington Nationals bounce back from a down year? Are the Atlanta Braves the real deal? Is it finally time for the Cleveland Indians to take the next step? There are lots of questions as baseball season looms and you try to figure out a World Series schedule, but we’re here to help. Let’s look at the contenders, pretenders and sleepers for 2019, based on odds being offered by Bovada.

Houston Astros (+650) – What’s not to like about a team that was World Series winners as recently as 2017 and has Justin Verlander and Gerrit Cole at the top of their rotation? We haven’t even mentioned starter Forrest Whitley, who just might be the best pitching prospect in all of baseball. The Astros are loaded from top to bottom and primed to come right back to the Fall Classic after a year’s absence.

New York Yankees (+600) – The Bronx Bombers are just that. No MLB team can pound home runs as potently as the Yankees do. Aaron Judge, Giancarlo Stanton and Gary Sanchez can just crush the baseball, and if C.C. Sabathia and James Paxton can anchor the pitching staff, the World Series just might come to Yankee Stadium for the first time since 2009.

Chicago Cubs (+1000) – The window of opportunity is closing for the Cubbies, and because of that, expect GM Theo Epstein to leave no stone unturned in pursuit of another World Series title to go with their 2016 triumph. There’s lots of talent still residing at Wrigley Field in Anthony Rizzo, Kris Bryant, Jon Lester, Yu Darvish and Javier Baez, and the Cubs don’t intend to wait another 108 years to be World Series winners.

Could Go For Extra Bases

Los Angeles Dodgers (+800) – After successive World Series setbacks, should you buy into the Dodgers in 2019, or after the Rams Super Bowl 53 loss, simply accept that getting there is about as much fun as L.A. teams get to enjoy? Clayton Kershaw isn’t the dominant ace he once was. Can Josh Turner stay healthy? Will they miss Yasiel Puig? The Dodgers last were World Series winners in 1988 and that doesn’t look like changing.

Milwaukee Brewers (+1400) – That’s a great price on a team that was a win away from going to the World Series last season. Christian Yelich is the reigning NL MVP and the Brewers’ bullpen is dominant.

Washington Nationals (+2500) – Sure, Harper may go somewhere else. It doesn’t matter. This team is loaded. Max Scherzer, Steven Strasburg and Patrick Corbin give Washington a sensational rotation and the outfield is loaded with or without Harper. With Harper, they might just be World Series favorites.

Flares Who Could Drop In

Colorado Rockies (+1800) – The Rockies could be the reason that the Dodgers don’t win the NL West. They came up one game shy of doing so last season and Nolan Areando is a legit MVP candidate.

St. Louis Cardinals (+2300) – They were a different team when Mike Shildt took over as manager and they added Paul Goldschmidt to the heart of their batting order.

Boston Red Sox (+600) – Closer Craig Kimbrel and Joe Kelly are gone from the bullpen. The Red Sox made almost no changes to the roster that won it all a year ago, and generally, when you stay the same, other teams go past you. Mookie Betts and J.D. Martinez aren’t likely to be as productive two years in a row and Chris Sale looks to be regressing.

Atlanta Braves (+1300) – The Braves went from 90 losses to 90 wins in the span of a year, and such prosperity is generally followed by a reality check. Everything seldom falls into place two years in a row. Ronald Acuna Jr. and Ozzie Albies were sensational rookies, but does the sophomore jinx await them?

Cleveland Indians (+1500) – There are teams in every sport that just can’t seem to get over the hump – the Kansas City Chiefs in the NFL, the San Jose Sharks in the NHL and the Houston Rockets in the NBA. The Indians are that team in MLB. With the Cubs and Red Sox both capturing World Series titles, the attention shifts to the Tribe, winless since 1948. And there’s continued specualtion that Cleveland might trade one of its ace pitchers, either Cory Kluber or Trevor Bauer.