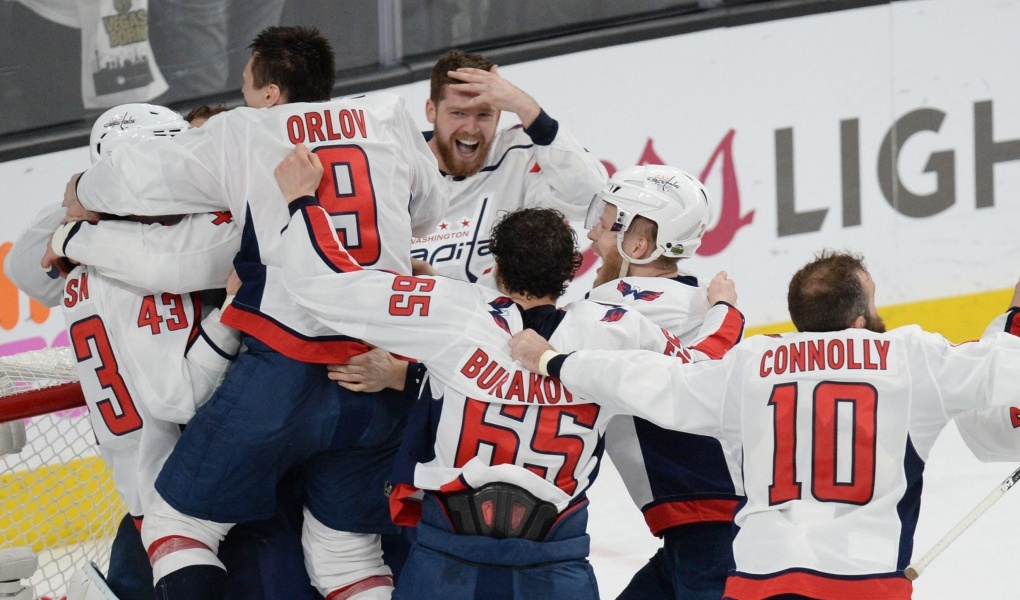 Just earning an invite to the dance for the Stanley Cup is a task in itself. The odds of making the NHL playoffs are barely above 50 percent. Only 16 of the 31 teams will be left in the hunt at the conclusion of regular-season play. That’s 51.6 percent. That group will be asked to win four rounds of best-of-seven NHL playoff series in order to earn the right to hoist Lord Stanley’s Cup aloft.

When looking into your crystal ball, one thing we know about the NHL playoffs is that the best team doesn’t always win, but rather the team that’s playing the best hockey at the most important time of year. The Los Angeles Kings, a No. 8 seed, won the Stanley Cup in 2011-12. But another vital factor toward earning Stanley Cup success is to be playing well as the regular season concludes. Every team that won the Stanley Cup in the past decade has posted a winning record over the last month of the regular season.

The Washington Capitals closed 11-3 last season. The 2015-16 champion Pittsburgh Penguins finished out 14-2. The 2012-13 champion Chicago Blackhawks posted a 15-5-2 stretch run. Even those eighth-seeded Kings we mentioned charged to the regular-season finish line 9-2-3.

This season, though, the Lightning look to be the best bet to beat the NHL Stanley Cup odds. They’ve run away and hid from the rest of the NHL, clinchng their playoff spot weeks ahead of any other team.

Captain Steven Stamkos is the franchise’s all-time scoring leader. Forward Nikita Kucherov will lead the NHL in scoring and is the favorite to win the Hart Trophy as the MVP of the NHL. Victor Hedman is the reigning Norris Trophy winner as the league’s best defenseman and Andrei Vasilevskiy is viewed as the choice to earn the Vezina Trophy as the NHL’s best goalie.

The Lightning are the chalk in the East, but they face a difficult challenge to simply make their way out of the Atlantic Division. Three of the top teams in the NHL reside in the Atlantic – Tampa Bay, the Boston Bruins and the Toronto Maple Leafs.

The Bruins look like the biggest threat to the Lightning, with their dynamic top line of Patrice Bergeron, Brad Marchand and David Pastrnak and ageless Zdeno Chara anchoring the blueline.

The Leafs are a young team that has boldly added scoring center John Tavares and defensive dynamo Jake Muzzin since last sesaon, but they face an almost-certain first-round series with the Bruins, a team that they haven’t beaten in the playoffs since 1959.

The defending champion Capitals look to be the best bet from the Metropolitan Division. Alex Ovechkin is still firing goals at a record pace, but to win, Washington, which replaced coach Barry Trotz with Todd Reirden will need to emulate 1991-92 Pittsburgh Penguins (Bob Johnson, Scotty Bowman) and the 1968-69 Montreal Canadiens (Toe Blake, Claude Ruel), other teams who won back-to-back Cups with different coaches.

The Penguins look to have lost a step from the teams that won consecutive Cups in 2015-16 and 2016-17. Trotz has taken over the New York Islanders and taken them to impressive heights, but they probably don’t have enough to be a serious contender.

The Columbus Blue Jackets went all in at the NHL trade deadline but generally, teams that add a bunch of players so late in the season struggle to find the necessary chemistry in order to make a playoff run.

The San Jose Sharks have been beating the NHL odds since entering the NHL as an expansion franchise in 1991. They’ve been a success on the ice and at the box office and suited up some spectacular teams. But they haven’t been able to put together a Stanley Cup win, coming the closest in 2015-16 when the lost in the final to the Penguins.

Could this finally be their year? Adding Erik Karlsson to their defense gave the Sharks two Norris Trophy winners in him and Brent Burns. They’re the fifth team in NHL history to suit up two Norris winners and three of the previous four won Stanley Cups.

The Calgary Flames are talented up front, led by Johnny Gaudeau. Mark Giordano, a 70-point scorer, anchors a deep blueline. But the Flames don’t know who their No 1 goalie is and that’s a fatal flaw in pursuit of a Cup. Last spring, the Vegas Golden Knights were the darlings of hockey world, going to the Cup final as a first-year team. The 1925-26 Montreal Maroons and 19227-28 New York Rangers both won the Cup in their second NHL season.

The Winnipeg Jets look to be Canada’s best hope for a Stanley Cup after reaching the Western Conference Final last spring. The Nashville Predators were Cup finalists in 2016-17, and the St. Louis Blues have been among the NHL’s best teams over the second half of the season.