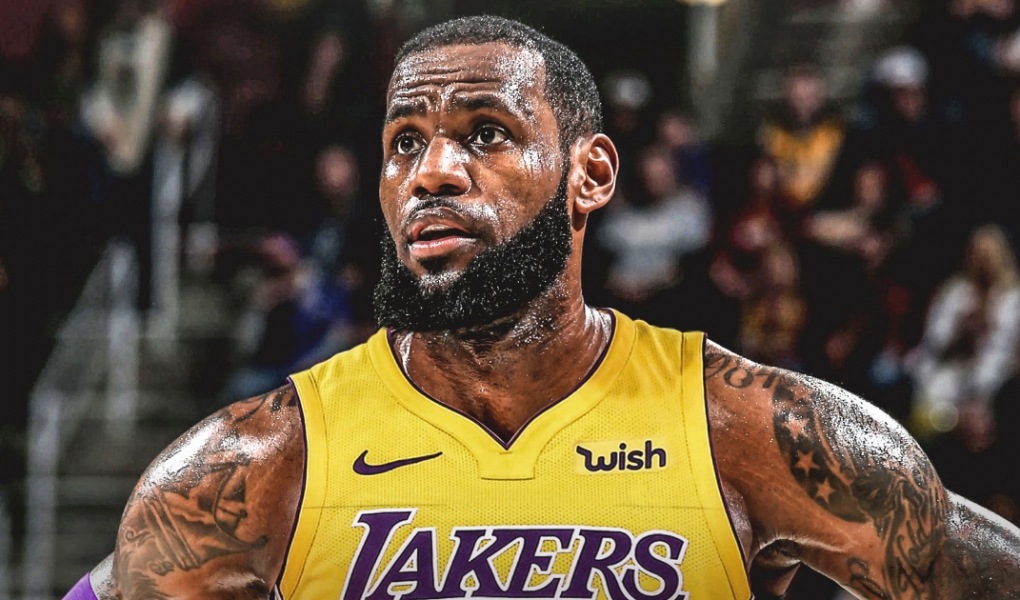 The Lakers were mediocre with a 35-47 record last season. Don’t be surprised if James and company are now in the hunt for an NBA title in 2018-19.

The NBA betting odds shifted drastically when James decided to make the Lakers his third team in his 16th season. Before James, the Purple and Gold were a huge longshot to win the championship. There are now just three teams with lower odds to win it all — Golden State, Houston and Boston.

That’s what the 33-year-old superstar does for a team when he walks on the court.

Let’s take a look at two bets offered on TopBet that focus on James and the Lakers — NBA MVP and regular season wins for L.A.

Will LeBron Be Most Valuable Player?

There are very few players with the resume of this basketball great from Akron, Ohio. In 2018, the first overall pick in the 2003 draft opted out of his Cleveland contract to sign with the Lakers. Here are just some of his accomplishments:

The next four top picks are: Anthony Davis (+400) of the New Orleans Pelicans, Giannis Antetokounmpo (450) of the Milwaukee Bucks, James Harden (+600) of the Houston Rockets and Kevin Durant (+700) of the Golden State Warriors (NBA MVP odds provided by TopBet).

The Lakers will have to return to their glory days and 50-win regular seasons for James to be voted MVP. L.A. last won 50 or more games for four straight seasons from 2007-08 to 2010-11. They claimed two NBA titles in that run.

James has averaged 27.2 points per game over his career in 1,143 regular season games. He’s also added 7.2 assists and 7.4 rebounds per game. The six-foot-eight guard is currently the seventh-highest scorer in league history.

If you compare his numbers against five-time MVP Michael Jordan, you can see why James has earned so many awards and titles. Jordan’s career stats: 30.1 points per game, with 6.2 rebounds and 5.3 assists.

Prediction — Harden (+600). LeBron is a worthy favorite, especially with all the media attention he will attract in L.A. But there’s still a lot of work to be done with these inexperienced Lakers. Even LeBron needs a supporting cast.

How Many Games Will Lakers Win?

The Lakers have averaged 25.2 wins over the last five seasons. This year, the over/under total on regular season victories is 48.5 (betting line provided by TopBet). That huge number can only be attributed to one player: LeBron James.

L.A. managed to put together a 35-win season with a group of first and second-year players in 2017-18, so LeBron and his new teammates must win 14 more games to beat the betting line.

“What my expectations are for the team, we don’t have any right now,” LeBron James said recently. “But we’re definitely going to be better than we were the previous year.”

Here’s a snapshot of a team’s record the year before and after James joined the club:

If history holds true, the Lakers will win between 46 (35+11) and 55 (35+20) games this season in the Pacific Division, where they finished third last season, 23 games behind the NBA champion Golden State Warriors.

James joins a young and talented squad, including players such as Lonzo Ball, Josh Hart, Brandon Ingram and Kyle Kuzma. Expect a few of them to have breakout seasons.

Also look for the Lakers to improve on their substandard record within their division (6-10), conference (19-33) and on the road (15-26). They may not threaten the Warriors and their elite status, but they will finish in the Top 5 in the Western Conference.

Prediction — Over (48.5). This seems like asking a lot for such a young team, but James has been a winner at every stop in his career. He makes those around him much better. L.A. will be no exception.