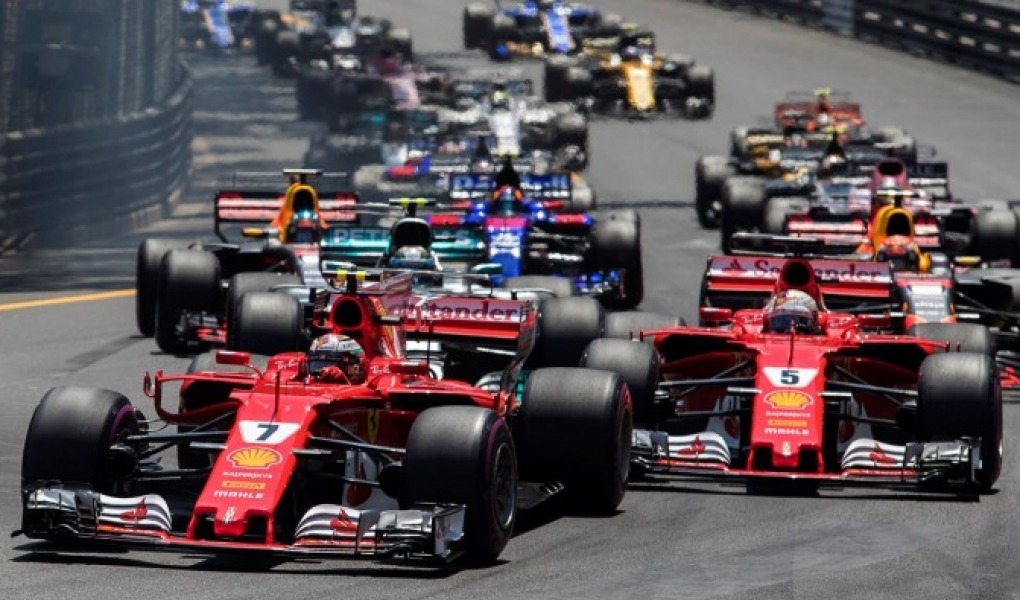 Betting on Formula 1 racing is somewhat easier than many sports, because unlike the majority of North American sports, parity simply isn’t part of the equation in F1. The closest thing to F1 competition on the American side of the world would be the NBA, where the championship generally either goes to the Golden State Warriors or whatever team currently suits up LeBron James.

During the 2018 F1 season, Britain’s Lewis Hamilton dominated the circuit, winning 11 of the 21 races to take the title.

Although he won no races, Mercedes teammate Valtteri Bottas grabbed seven podium finishes, giving them the constructors championship as well. Ferrari’s Sebastien Vettel (seven wins) and Kimi Raikkonen (one), and Red Bull’s Max Verstappen (two) and Daniel Ricciardo (two) were the only others to capture a race, meaning just five drivers and three teams saw checkered flags all season long.

Don’t be suckered into putting down a wager on a longshot in any race, thinking a huge payday awaits you. In F1, there just aren’t upsets. Two race teams and three drivers have supplied the last nine Formula 1 world champions. Since 2000, just eight different drivers have captured the F1 series crown.

The Formula 1 season gets underway March 17 with the Australian Grand Prix, the first of 21 races on the Formula 1 schedule. The 21-race circuit visits five of the world’s seven continents. There are no races in Africa and the idea of an Antarctica Grand Prix has never really caught fire with any race promoter. There are three stops in North America. First up is the Canadian Grand Prix over Montreal’s Circuit Gilles Villeneuve on June 9. The F1 cars return across the pond for the Mexican Grand Prix on Oct. 27 and the United States Grand Prix in Austin, Texas on Nov. 3.

The only change in schedule from 2018 is a minor adjustment that sees the Mexican and US Grand Prix races flip weeks on the slate from a year ago. Of interest to North American race fans is the fact that Hamilton clinched the world title a year ago on the Mexico City circuit, so there’s potential that those late-season North American races could determined the championship.

In 2010, Formula 1 head Bernie Ecclestone announced that the circuit would be coming back to America, signing a 10-year contract to contest the United States Grand Prix on the Circuit of the Americas in Austin, Tex. starting in 2012. From 2008-11, there was no US Grand Prix on the F1 circuit, a blip that has regularly occurred when it comes to F1 and racing in the USA.

Over the years, the US Grand Prix has known many locales. Sebring, Riverside and Watkins Glen were all home tracks for the race during the 1950s, 1960s and 1970s. The race was contested through the streets of Dallas and Detroit, even in a parking lot in Las Vegas. From 2000-07, the famous Indianapolis Motor Speedway was where the race was held.

Since the move to Formula 1 Austin, the race has been dominated by Hamilton. He’s won five of the seven events held there in his Mercedes, with one win apiece for Ferrari and Red Bull.

In reality, Formula 1 betting is a battle between two teams. Mercedes has won the past five constructors titles, and Red Bull won the four titles prior to that. The once-mighty Ferrari, which produced six world chmpionships from 2000-07, still stick their nose in front on occasion, but overall, are no longer considered legitimate title hopefuls.

Bovada lists Hamilton as the +125 chalk in its Formula 1 odds to win his fourth successive F1 championship. Vettel (+170) is the only other driver given odds of winning that are better than +600.

Hamilton is a five-time world champion, just two off the record seven F1 world titles garnered by Michael Schumacher. Mercedes is the -115 chalk to retain the constructors crown, with Ferrari a bit of a surprising second choice at +155.

Speaking of surprises, Hamilton isn’t the pick to win the season-opening Australian Grand Prix. He’s at +200, while Vettel is the betting choice at +150, but there’s logic behind these odds. Vettel has won the past two Australian Grand Prix races, while Hamilton hasn’t taken a checkered flag Down Under since 2015.