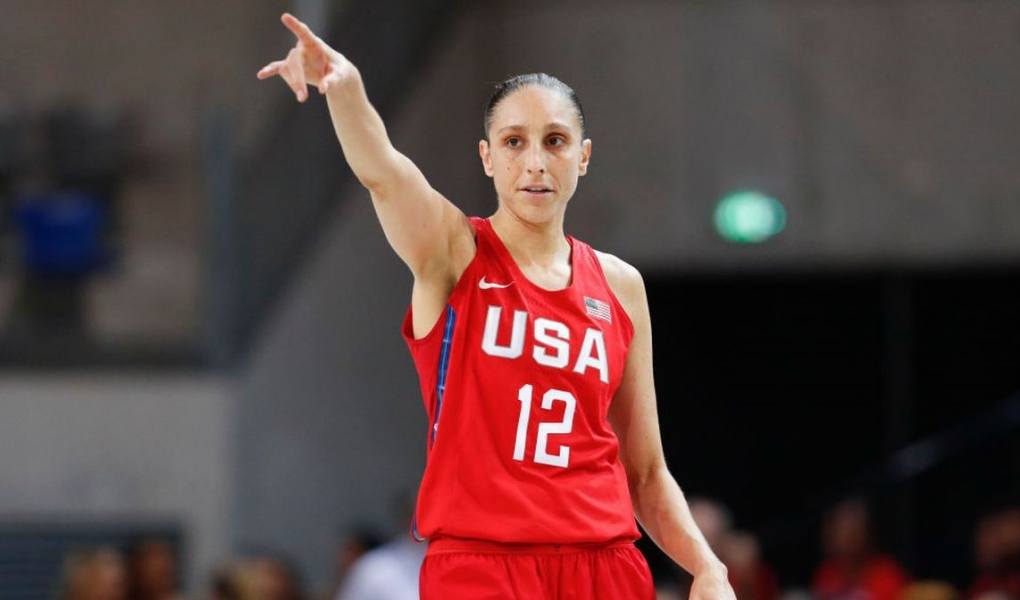 Whether it's men or women, the United States has a stranglehold on international basketball competition — and it's always been that way. It only makes sense considering the country invented the sport themselves.

FIBA has held this tournament quadrennially since 1953. In that timeframe, the Red, White, and Blue has won the event a record nine times. The now-fallen Soviet Union competed with the US early on, winning six of the first nine competitions, but since 1983, only two other countries not named the US have won the gold medal.

Not surprisingly, the US are overwhelming favorites in the ongoing tournament. Nonetheless, betting value remains in not-so-obvious places. Allow us to explain:

For all of the United States' dominance at the FIBA competition, in 2018 they're attempting to do what the country has never done — three-peat. In its three previous efforts to win three in a row, the US was knocked out before the final round, most recently by Russia in the 2006 event.

The US brought out all its big guns to pull off the first-time feat, though. Unlike the men, the women regularly bring out the top-level talent to the FIBA tournament. The entire 12-woman roster is dotted with WNBA studs.

Chief among them are Sue Bird and Diana Taurasi. Both are grizzled veterans, with Bird becoming Team USA's first five-time member. The World Cup will be Taurasi's fourth World Cup appearance. The two former UConn teammates rank seventh and first, respectively, in the WNBA's all-time scoring list, so expect them to light up the scoreboard together like in their Huskie days.

Speaking of UConn, Brenna Stewart will also lead this Team USA squad. The 24-year-old is fresh off a WNBA regular-season MVP AND WNBA Finals MVP with the Seattle Storm. Stewart was the only collegiate player to make the 2014 FIBA roster while she was still a Husky.

Stewart will be joined in the frontcourt with 6-foot-7 center Brittany Griner. The two, along with Tina Charles and WNBA Rookie of the Year A'ja Wilson, gives the United States incredible size and athleticism. That dynamic will allow the US to either go big or small depending on the foe.

All in all, the 12 selected Team USA players came into the tournament with a combined 23 Olympic and World Cup gold medals. Moreover, they hold an impressive 669-39 (.945) mark in international games.

This is usually the part in the article where we play devil's advocate as to why the women could fall short in Spain, but honestly, we'd be grasping for straws. There's no reason why Team USA shouldn't cruise to a gold medal.

So far, it's looking that way. The US rolled in its opening two games in Group D. They've combined for 187 points in both affairs, racking up double-digit wins versus Senegal and China. Group play ends Tuesday against winless Latvia, but win or lose, Team USA has already clinched first place in the group.

It's an absolute must to bet USA to win the gold, and for that matter, to cover double-digit spreads each game. But with that said, this is sports we're talking about. Our more experienced bettors know anything can happen, including an upset loss.

Just ook at the staggering odds other countries have — we're talking plus-thousand and more. Isn't it at least tantalizing to think you're one upset away from winning those high-payoff tickets? It might be worth it to bet some money on the underdogs. Keyword being "some money" not a lot of money.

The smart bettor would wager most of their betting money on USA, but also throw a few dollars on some underdogs. That way, you win if either USA claims the gold, as expected, or they're upset in stunning fashion. Need an underdog bet? We got you covered below!

What could possibly trip up Team USA? How about a hostile environment against the host country? As it looks, Spain and US are destined for a semi-finals matchup on September 29.

The hosts are currently firing on all cylinders in Group C. The Spaniards followed a 13-point victory over Japan with an even-more-impressive 25-point clobbering of Puerto Rico. And it's not just hometown advantage either. Spain takes the sport seriously — both in men and women's game — and is ranked No. 2 in FIBA's world rankings.

The lone name American fans might recognize on Spain is Astou Ndour, who plays for the Chicago Sky. While Spain isn't loaded with WNBA players, that doesn't mean they're lacking talent.

This team is led by savvy veteran Laia Palau, who could be playing in her last FIBA championship. The 39-year old would love nothing more to close her career with the gold medal that's eluded her.

It's going to take a hell of a game for Spain to dethrone the United States, but playing at home, it's certainly possible. That +1900 line is a value proposition more than anything.

It's almost like Australia built its entire team with Team USA in their crosshairs. The team is filled with WNBA players, but perhaps its biggest advantage is in head coach Sandy Brondello.

Brondello was hired in 2017, on top of her head coaching duties with Phoenix Mercury. In five years with the Mercury, she's never finished worse than WNBA Semi-Finals and even claimed one WNBA title in 2014. As Taurasi's current coach, maybe Brondello knows how to exploit Team USA's leader.

The Aussie's roster is also filled with familiar WNBA faces, including Rebecca Allen (New York Liberty), Liz Cambage (Dallas Wings), Cayla George (Dallas Wings), Lelani Mitchell (Pheonix Mercury), and Stephanie Talbott (Pheonix Mercury). Cambage will be particularly important. She led the WNBA in scoring this season with 23 points per game and has the size to bang down low with Griner and company.

Sitting atop Group B, Australia has won two games against Nigeria and Argentina by a combined 59 points. Barring a letdown versus Turkey, Australia is fast-tracked for a finals clash with either Spain or USA. If that happens, anything can happen. You never know Cambage could go off for 53 points again like she did for a WNBA record two months ago...