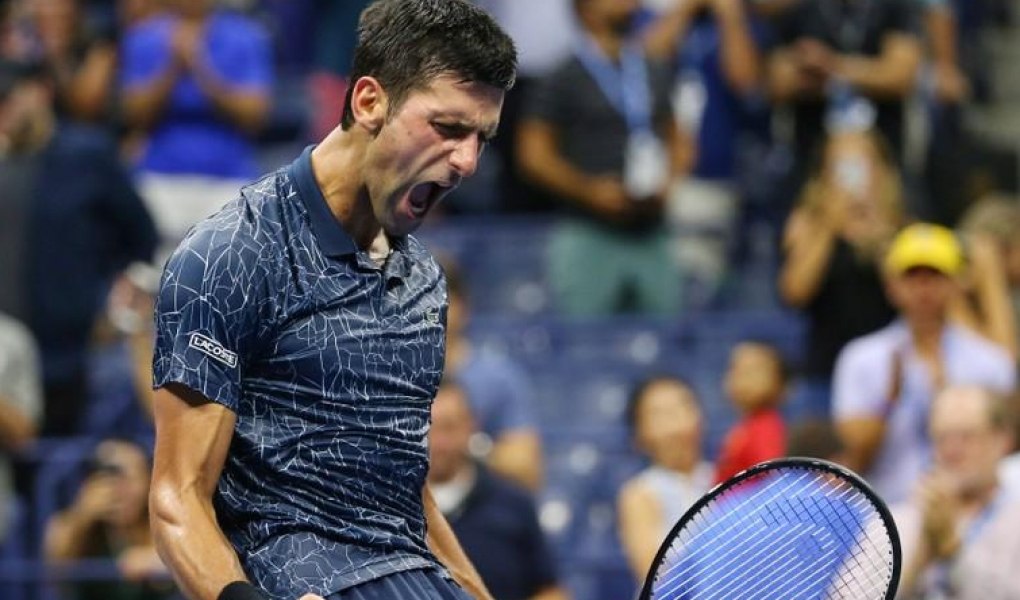 Big thanks to BetOnline for the below odds:

You get a sense that whoever wins this duel will go on to dominate the sport for the foreseeable future.

A nagging knee injury ended Rafael Nadal’s semi-finals matchup with Del Potro early and there’s serious question marks about his long-term future. Roger Federer isn’t getting any younger at 37 years old. That leaves both Djokovic and Del Potro with a golden opportunity during Sunday’s championship round.

The two have battled 18 times in the past, but never in a major final. Fourteen of those matchups have favored Djokovic.

Honestly, this final is a real toss-up with both players red-hot as of late.

Djokovic is playing in his record-tying eighth US Open Final. A win would give him his 14th career major win, and second this year after claiming Wimbledon two months ago. In the semi-final against Kei Nishikori, Djokovic cruised to victory in straight sets — for the fourth consecutive time this tournament.

Djokovic will be rested, but so will Del Potro, needing only two sets before Nadal’s early retirement in the last round. For two players that have gone untested thus far, Sunday might shape up to be a five-set classic.

We’re picking Del Potro to complete his comeback story. The 29-year-old won this very tournament back in 2009, but has gone winless in majors since then, thanks to four different wrist operations.

Besides the feel-good story, he’s lost just one set this entire tournament. The crowd at Arthur Ashe should be on the Argentian’s side, which Del Potro will feed off of. Plus, Del Potro’s relentless groundstrokes have the potential to catch Djokovic off guard.

This is the classic old-school vs. new-school matchup.

Williams’ resume is impeccable. Without a doubt, the greatest women’s tennis player ever, she’ll be looking for her 24th Grand Slam championship on Saturday — at the same tournament her first major title came in 19 years ago.

Playing in her first-ever Grand Slam final, Osaka was merely one-year-old when Williams won the 1999 US Open. The Japanese player grew up idolizing Williams and even beat her in their only duel earlier this year in Miami.

Osaka has played almost Serena-like the past two weeks, losing just one set. In the semi-final, Osaka topped Lesia Tsurenko 6-1, 6-1 in all of 57 minutes. It was her second victory that clocked under an hour this tournament.

It will soon be Osaka’s time in women’s tennis. No doubt she’s the future of the sport, but that will have to wait on Saturday. Williams will be especially motivated, as a win would tie her with Margaret Court for most Major championships of all time.

Admittedly, a post-pregnancy Williams wasn’t at her best when they squared off in Miami. Today, she looks back to her old self after dropping just one set this tournament, too.

An overwhelming advantage in experience, crowd support, and a chase for history will catapult Williams to victory. She’s been through a lot the past year, working her way back into shape after giving birth for the first time, and that grit will show through on Saturday.