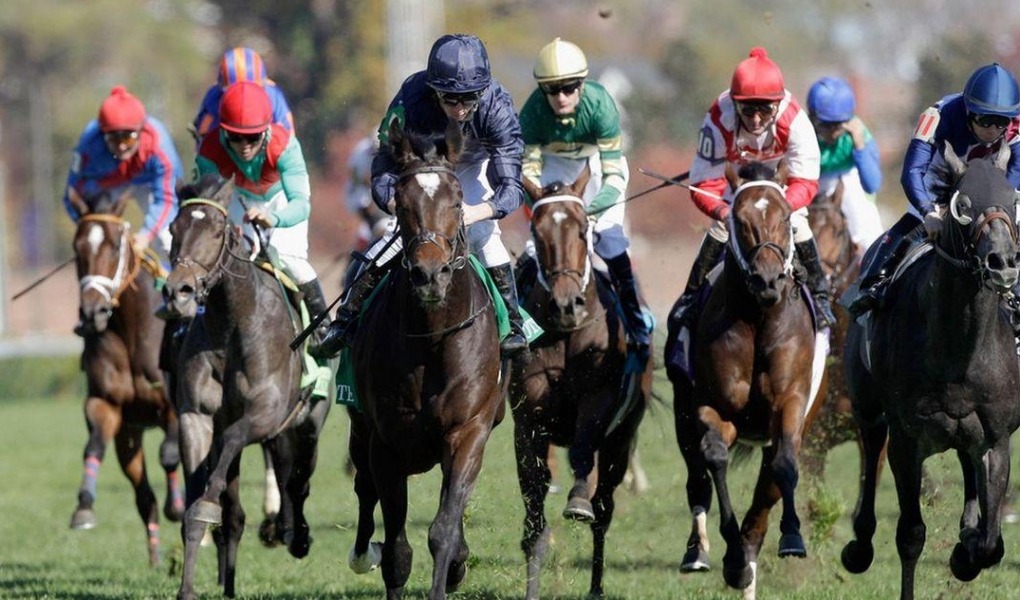 Coming in off a win in the Jefferson Cup at 1 1/8 miles on the Churchill turf course, the Steve Asmussen-trained Hot Springs (listed at 2-1 in the morning line odds) is likely to leave the gate as the post time favorite. Since finishing up the track in his career debut back in March, he has been a very consistent performer, with three wins and a second-place finish in six starts this year.

He has raced at the Grade 3 level twice, and three starts back ran very well to grab the runner-up spot in the (G3) Kent Stakes against a good field at Delaware Park. He’s a colt that likes to sit off the pace and make his run in the lane, and in that regard the slight cut back in distance here could hinder him a bit.

March To The Arch Has A Lot Of Speed

His main competiton is expected to come from Florida-bred March To The Arch (5-2 ML), who comes in for trainer Mark Casse.

He picked up his first career stakes win the Toronto Cup at Woodbine in July and sports an overall record of three wins and three other in-the-money finishes in nine lifetime starts.

Last time out he ran in the (G2) Hill Prince Stakes on the inner turf course at Belmont where he trailed the field for most of the race before getting into stride late and up for fourth place.

In the Hill Prince Stakes, March To The Arch clocked the fastest speed rating of any horse in the Commonwealth Turf field, and a repeat of that effort would make him a serious threat for the win.

Breaking from the inside gate, Reride (4-1 ML) is expected to show lots of early speed and set the pace for the rest of the field.

After starting the year with a pair of lower-level stakes wins, he hasn’t found the winner’s circle in his last five tries, but it should be noted that he has been running in tough company, including the (G2) UAE Derby and the (G2) Jim Dandy Stakes on the Saratoga dirt track, where he faced a pair of 2018 Kentucky Derby contenders.

Rounding out the top four, Sniper Kitten (7-2) was well beaten in his last two starts, which included the (G1) Secretariat Stakes, but the 1 1/4 miles there was probably beyond his abilities, and the shorter distance here should be more to his liking.

The Commonwealth Turf Stakes goes Saturday, November 10 as race #10 of 11 on the day. Expected post time is 5:36 PM Eastern.

The 2018 Breeders’ Cup is in the books, but there’s still lots of great racing action to be bet this year with an online racebook account at Bovada or one of these other top-rated racebooks.