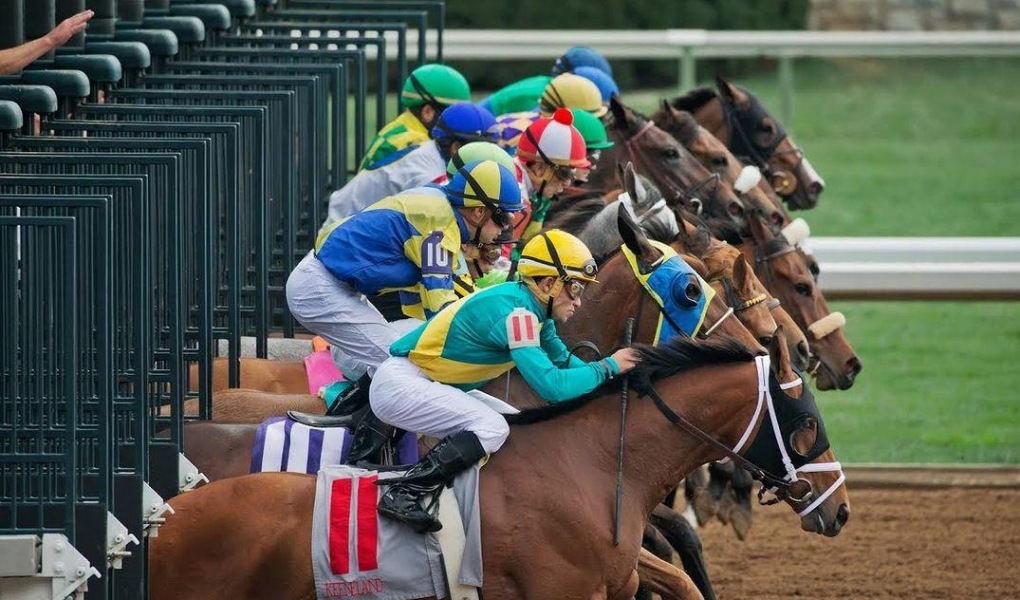 With so much on the line, it’s no surprise the Breeders’ Futurity has drawn a full field of 14 expected starters.

In what looks on paper to be a very wide open race, Mind Control will lead them to the gate as a very tepid 7-2 favorite in the morning line odds.

He was most recently a gate-to-wire winner at odds of 10-1 in the (G1) Hopeful Stakes, coming out on top over a very tough colt named Mucho who was the heavy favorite on that day.

The question is if he can repeat that effort, and after drawing a very tough outside post, he appears to be a vulnerable favorite in this spot.

At this stage of the game young colts are just learning to race, and that’s made obvious when you look at the past perfomance of Dream Maker, the co-second ML choice at 5-1.

He broke very poorly to start his very first race, but displayed the talent and speed needed to overcome that and win that one by a comfortable three lengths. Next time out in the Hopeful he could do no better than fifth, but his running line indicates he “strode green” meaning he never did get into a comfortable stride.

All it takes is one race for a young horse to put it all together, and if Dream Maker has that race on Saturday he’s in with a serious shot at the win.

In a race where you can expect to get great odds on a handful of horses with an upset chance, Tobacco Road is listed at a very tempting 12-1 in the morning line.

A winner of two races out of four this year, he captured the Ellis Park Juvenile Stakes in his third race, and then was fifth in his first graded-stakes try in the (G3) Iroquois. There he was bumped hard at the start and then had to come very wide into the stretch, and a cleaner trip could be enough here to move him up.

Longshot Chance Gets Back On Dirt

It’s always important to pay attention to racing surfaces when handicapping, and good example would be with 10-1 Fluminense.

He had run twice on the dirt at Churchill and won the second, increasing his speed rating in the process. He then shipped up to Woodbine to run on the turf surface where his overall speed rating dropped off significantly. It should also be noted he was blocked badly at the top of the stretch, which also played a part.

Now he’s back on dirt, and if he can move forward from his first two efforts, he has to be considered a contender in this field.

The Breeders’ Futurity goes Saturday, October 6 from Keeneland Race Course. It’s race #9 on the day, with an expected post time of 5:14 PM Eastern.

Betting The Road To The Kentucky Derby

From now to the first Saturday in May, more than 30 races across the US, including the Breeders’ Futurity, will provide the points for 20 horses to qualify for the 2019 Kentucky Derby.

Every one of these races will be open for betting in Bovada’s online racebook.