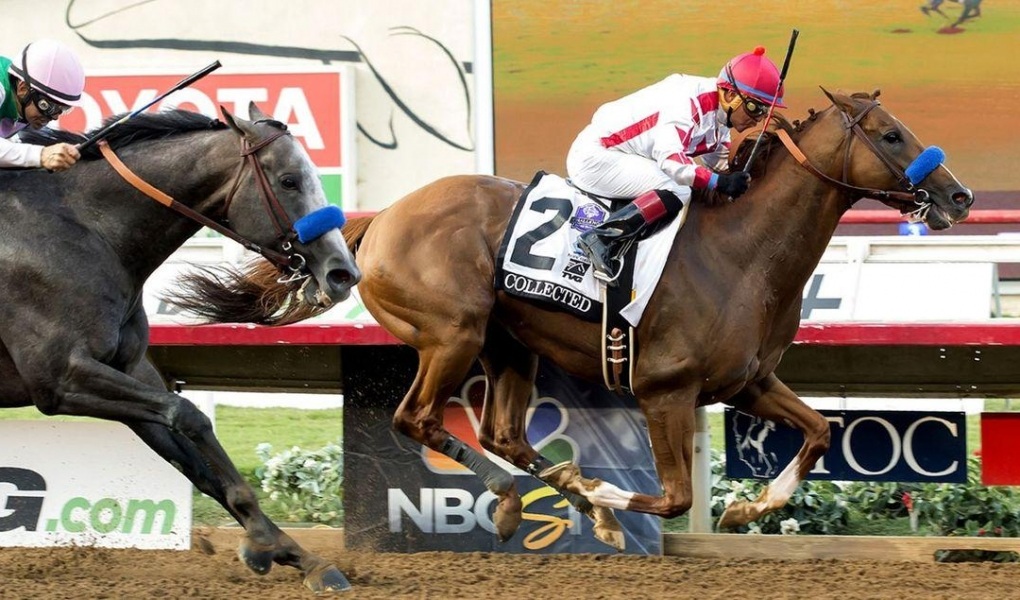 Although not a points race for 2019 Kentucky Derby qualifying, there is every chance the winner of the Bob Hope could get onto the Kentucky Derby trail in the New Year, and the winner will probably get some consideration in Derby future betting at Bovada’s online racebook.

Five of the seven runners in the field are at morning line odds of 4-1 or less, including the early favorite Mucho Gusto, listed at 5-2 in the ML for trainer Bob Baffert.

Mucho Gusto will be making only his second lifetime start after breaking his maiden in his career debut over six furlongs at Los Alamitos. He went wire-to-wire and set very fast early fractions in taking that one by four lengths, and now he has to do it again against tougher competition.

Sparky Ville Is A Stakes Winner

One of two in the field with previous stakes racing experience, Sparky Ville (3-1 ML odds) comes in off a win in the Sunny Slope Stakes run at 6 1/2 furlongs at Santa Anita. That was actually his third consecutive stakes start, and three back he finished a well-beaten second in the (G2) Best Pal Stakes on the Del Mar dirt.

Between those two, he ran sixth in the (G1) Del Mar Futurity, a race that was won by 2018 Breeders’ Cup Juvenile champion Game Winner.

While nowhere near the talent level of Game Winner, Sparky Ville’s previous stakes-racing experience gives him an edge over the field here.

There would be some poetic justice at work if Extra Hope (7-2 ML odds) were to win the Bob Hope, and he’s in with a chance after a very impressive run last time out to score his maiden win in his fourth lifetime start.

After stalking a solid pace early, he made his bid at the top of the lane and then went on to cruise to a 8 1/2 length win running 1 1/16 miles.

Extra Hope gets a cut back in distance here and can be once again expected to sit just off the early pace and use his strong late kick to get up and challenge for the win.

Finishing just behind Sparky Ville in the Sunny Slope was Savagery, and he’s back here again to try and turn the tables at that one at 4-1 odds in the morning line.

He got hooked into a speed duel early in the Sunny Slope but was able to put away the race favorite before being run down late by Sparky Ville. Expect him to go to the lead once again and try to control a bit slower pace and hang on for a minor reward.

Bet The Race To The Kentucky Derby

The race to make the starting gate for the 2019 Kentucky Derby is well underway, and you can track the favorites and bet the qualifying series races with an account at one of these top rated online racebooks.