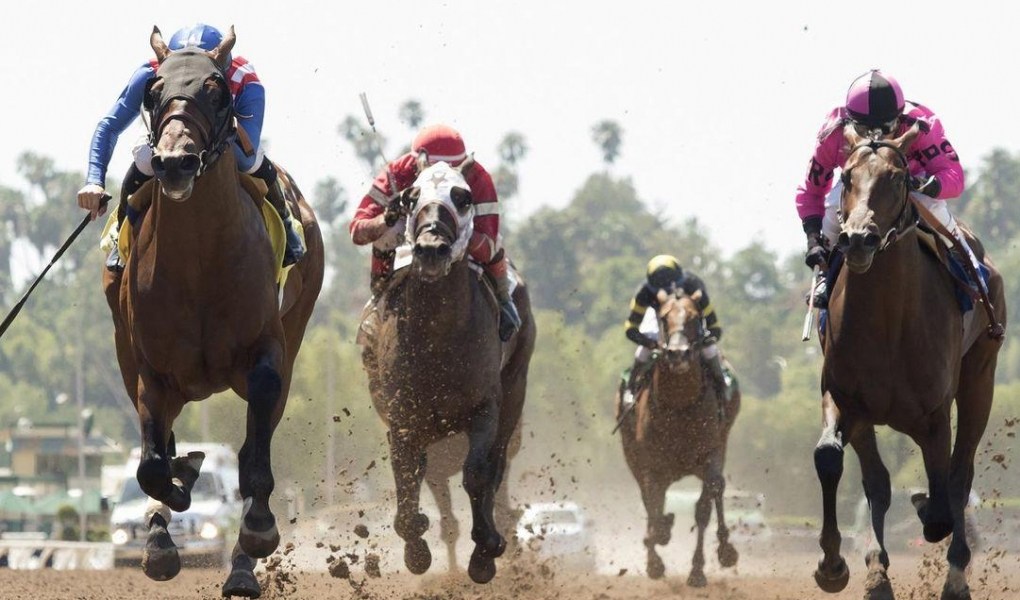 As the second of four Kentucky Derby qualifying races to be run in January, the Sham offers Derby points to the top four finishers on a 10-4-2-1 scale. You can follow all the 2019 Derby qualifying action and get in a future bet on your top pick with an account at Bovada’s racebook.

Although he only has one race to his name, Coliseum won that start on the dirt at Del Mar by an easy 6 3/4 lengths and scored a huge speed figure, and on the basis of that has been made the morning line favorite for the Sham at even money odds of 1-1.

Sired by 2009 Kentucky Derby contender Tapit and trained by two-time Triple Crown winner Bob Baffert, Coliseum is a colt that showed lots of early speed in his previous race and can be expected to be right up on the pace on Saturday.

His workouts leading into the Sham have been drawing rave reviews, and it appears on natural talent alone he’ll be the one to beat here.

All of the other horses Coliseum will be facing come into the race with significantly more experience, and that includes Savagery (10-1 ML odds) who in fact has a pair of graded-stakes starts on his resume.

His best effort came two starts back when he ran second in the (G3) Bob Hope Stakes at Del Mar, where he was passed late and then fought back to grab the Place money just 1 1/2 lengths back of  the highly regarded Mucho Gusto.

He finished behind that one again in a dull effort in the (G1) Los Alamitos Futurity, where he ran fourth but was DQ’d to fifth for causing interference in deep stretch.

If Savagery can recapture the form he showed in the Bob Hope, he has a good chance of being in the money on Saturday in the Sham.

Another one that seemed to have taken a step back last time out is Gunmetel Grey (5-2 morning line odds) who looked good in grabbing the runner-up spot in the (G1) American Pharoah Stakes at Santa Anita in September, but left himself way too much to do in trying to rally from far back in the Breeders’ Cup Juvenile.

He should get lots of speed to run at here if he wants to try the same tactic, and should be able to grab at least a minor reward.

Much Better Moves Back To Dirt Racing

If you like to play the angle of horses switching racing surfaces in an effort to move up, Much Better (6-1 in the ML) comes into the Sham off a pair of races in the turf, including a second-place showing in the Zuma Beach Stakes at Santa Anita.

His last start was the Breeders’ Cup Juvenile Turf where he finished last of 14, but given that he got his one and only lifetime win so far on the dirt, there shouldn’t be a problem for him in handling the surface and provides good value for the bottom of exotic bets.

The 2019 Sham Stakes goes Saturday, Jauary 5 from Santa Anita Race Track in Arcadia, California. It’s the ninth of 10 races on the day, with an expected post time of 4:00 PM Pacific.

Bet the entire schedule of races leading up to the 2019 Kentucky Derby with an account at one of these top-rated online racebooks.