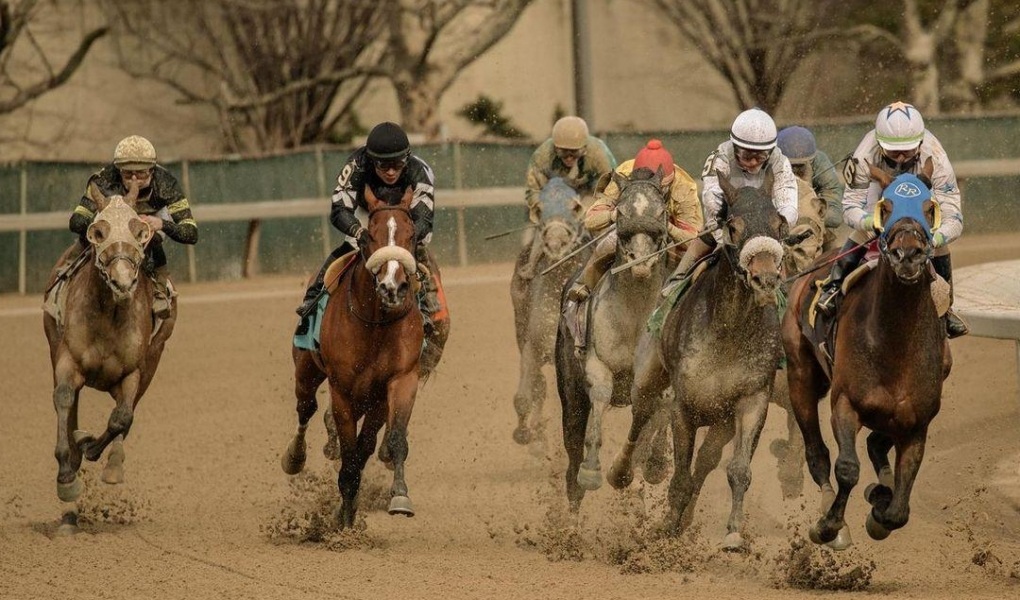 The Jerome awards Kentucky Derby qualifying points to the top four finishers on a 10-4-2-1 scale. The 2019 Jerome has drawn a field of six, and they’ll be racing a flat mile on the Aqueduct dirt track.

The only graded-stakes winner in the field, Mind Control has drawn the #3 post and has been installed as the 9-5 morning line favorite for Tuesday’s race. Ridden by Hall of Famer John Velazquez, he broke his maiden second time out at Monmouth Park and then shipped to Saratoga where he went-wire-to-wire to win the (G1) Hopeful.

Next stop was the Breeders’ Cup Juvenile, where he broke poorly and then ran into trip trouble, finishing seventh.

Expect that he’ll try to break on top here and try to win running on the lead all the way.

Our Braintrust Gets Second Start After Layoff

After getting his second consecutive win in his second lifetime start in the Tremont Stakes at Belmont Park, Maryland-bred Our Braintrust (8-1 in the ML odds) was away from the track for six months, returning in early December to run a very good second in the Maryland Juvenile Futurity.

The final time for that race was just less than a second off the track record for the distance, and the horse that won has since come back to win at the stakes level again, which is a positive handicapping sign.

Although he lacks a bit of the speed of a couple others here, he looks to be a horse that can sit just off what should be a solid early pace, and be well-positioned to move up as they come through the stretch.

Shipping in from Florida for trainer Mark Casse, Souper Jackpot (2-1 ML odds) took a big step forward last out when running second in the Smooth Air Stakes at Gulfstream, where he improved his previous best Equibase speed rating by more than 10 points.

There’s always a concern that a horse will “bounce”, or regress off a career-best effort, but if Souper Jackpot can replicate his last race he’s a serious Win challenger in this field.

If you believe in omens, then Direct Order (5-1 ML odds) has the distinction of being sired by a horse named New Year’s Day. He’s also trained by Jason Servis, who won the Jerome last year, and he’s coming off a win over the Aqueduct track, so there’s no question if he’ll handle the surface.

He’s a logical play to use on the bottom of exotic bets.

The 2019 Jerome Stakes goes Tuesday, January 1 from Aqueduct Race Track in New York. It’s race #8 of 9 on the card, with an expected post time of 3:47 PM Eastern.

When the calendar turns over to 2019 the real racing for spot in the Kentucky Derby gets underway, with action shifting to different tracks around the US. You can bet every race of the qualifying series as well as make a future bet with an account at Bovada or another top-rated online racebook.