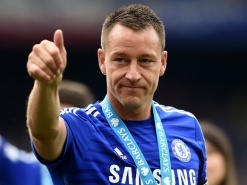 Betting on central defenders to score crucial goals can be an art form that brings you immeasurable rewards. Premier League game defenders are usuallly underrated in terms of their goal-scoring ability, and often score first or last.

Even the Any Time Scorer market can be very lucrative if you know what to look for:

Using the game above as an example, the prices for anytime goalscorers are extrmely generous to players such as Toby Alderweireld (+700), Jonny Evans (+1400) and Kyle Walker (+1200), all of whom have scored league goals in the same season prior to this game.

Betting on the Premier League has never been more exciting, and not just on defenders. The biggest league in the world has a whole world of betting markets, from the over 2.5 goals market to Half-Time scores, which are often good odds to cash out prior to completion if you pick low between high-scoring teams and judge correctly. Join in today with betting on the Premier League such as the any time goalscorrrs markets on Bovada (above) and start making money today!