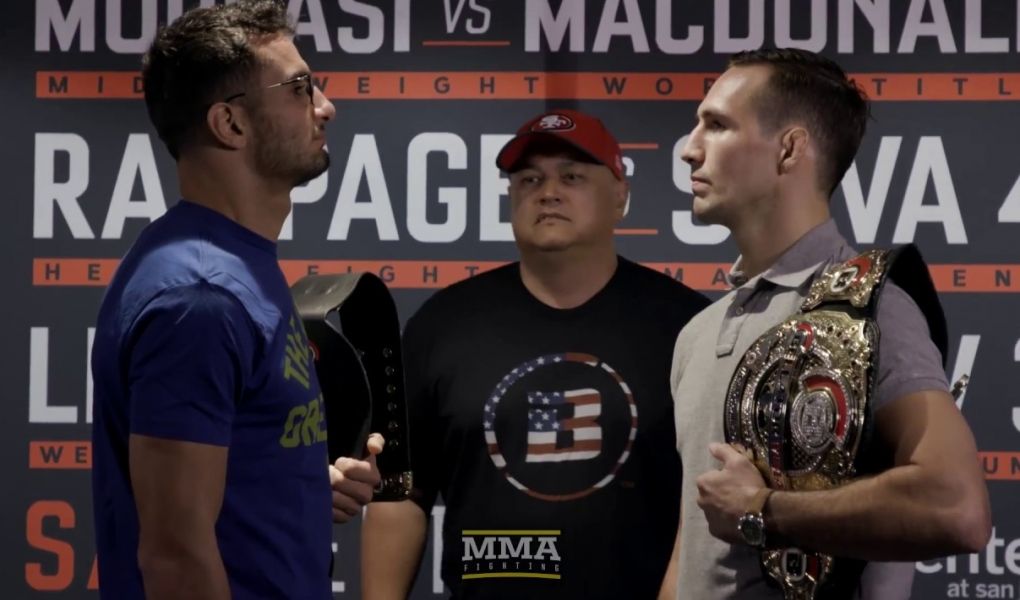 The below odds are provided by BetOnline — they’ll be your one-stop destination if you’re looking to wager on Saturday night’s Bellator 206 card.

This is shaping up to be one of the most blockbuster fights of all time for Bellator. Right off the bat, the two’s similarities are apparent.

Both are experienced, but far from washed up. The 33-year-old Mousasi has a 44-6-2 record, while MacDonald is 20-4 and not even 30 years old yet. Both were contracted by UFC less than two years ago and are making just their third appearance in a Bellator ring.

MacDonald has been one of the most feared welterweights in the past half-decade, but moving up to middleweight is another challenge in itself — and honestly, a challenge MacDonald probably needed as he’s approaching the prime of his career.

Both fighters are comfortable keeping this match standing or on their ground. However, expect the winner to be the one that dictates the fight more.

Making a 15-pound leap will prove to be too much for MacDonald, no matter how skilled he is. The bigger Mousasi will end this one early.

It wouldn’t be a Bellator card if there weren’t two past-their-prime legends duking it out against one another. Nonetheless, this match is must-see action considering they are two of the biggest names in the sports history.

Plus, there’s history between the 40-plus-year-olds. This will be their fourth clash, but first since 2008. Silva won the first two bouts back in the now-defunct Pride via knockout. However, Rampage won the most-recent fight in UFC with a KO of his own.

Honestly, though, you can throw away that history when picking this fight. Neither are even close to the same fighter they were a decade ago. Coincidentally, both were last seen fighting in losses to Chael Sonnen — Rampage’s coming eight months ago, while Silva’s being June 2017.

Neither of the three previous fights lasted past the second round, so expect a rock-em-sock-em slugfest on Saturday. In this scenario, we’re siding with Jackson. Fat or not, Jackson will have a significant weight advantage over Silva. His power will ultimately be the deciding factor.

If you can find an over/under line on how long this fight lasts, throw your betting budget on the under. It’s as close to of a lock as you’ll find on this entire card.

Of the six fights on the card, this clash features the slimmest odds, making it a real toss-up pick. Making matters more difficult for bettors, it’s also a trilogy bout with both fighters splitting the first two matches.

Lima won the most recent fight, and we’re rolling with him on Saturday. This will be very much a war of attrition. If anything, Lima’s leg kick will wear down Koreshkov slowly but surely, making him vulnerable for a late knockout.

Even coming off a loss to MacDonald earlier this year, Lima is more battle-tested heading into this one. Confidence will be high for the 30-year-old Brazilian.