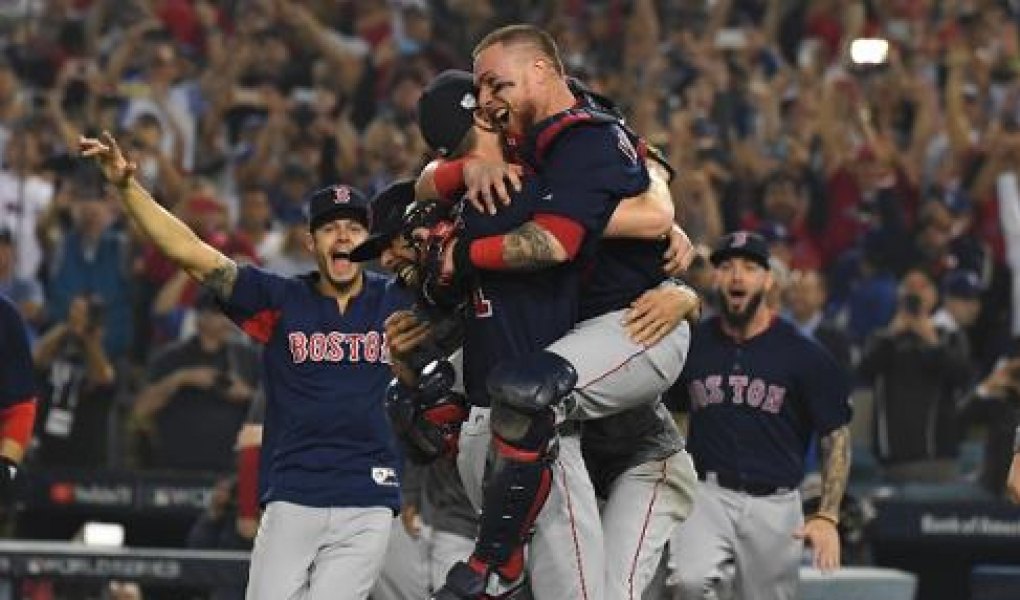 The last time the Boston Red Sox successfully defended their World Series title, Babe Ruth posted a team-leading 23 wins and an American League-low 1.75 earned run average. That was in 1916. These days, repeats just aren’t in the cards when it comes to the World Series, and no, we don’t mean the St. Louis Cardinals. In fact, you have to go all the way back to the threepeat by the 1998-2000 New York Yankees to locate a repeat winner, and that’s the only time it’s happened in the last 24 World Series.

Boston Red Sox (+650) – The 2018 title was Boston’s fourth championship since 2004. They won an MLB-best 108 games during the regular season and went 11-3 in the playoffs, never trailing in a postseason series. Their core remains intact and they spent $240 million on last year’s team, so money is no object.

Houston Astros (+700) – The Astros had the lowest ERA (3.16) and highest strikeout rate (10.4 strikeouts per nine innings) among MLB starting staffs, but 40 percent of that rotation may be gone or unavailable. Lance McCullers is out for the season after undergoing Tommy John surgery, and Dallas Keuchel, the 2015 AL Cy Young Award winner, is a free agent.

Chicago Cubs (+950) – Think of all the things that went south for the Cubs last season, including major injuries to Yu Darvish and Kris Bryant, and then think about this – they still won 95 games. They have tons of talent, but on the other hand, they are trending in the wrong direction – World Series champs in 2016, NLCS in 2017, wildcard losers in 2018.

New York Yankees (+800) – The Bronx Bombers won 100 games last season without doing what the Yankees are legendary for, throwing money at their problems. If they utilize their endless supply of cash to find a pitching staff to go with their potent everyday lineup, hating the Yankees won’t merely be in vogue, it will be warranted. And don’t be surprised if they are big players in the Manny Machado free-agent sweepstakes.

Swing And A Miss

Los Angeles Dodgers (+900) – On the surface, what’s not to like about the Dodgers? They are two-time defending National League champions after all, and they’ve won six consecutive NL West Division crowns. But you know what the Dodgers don’t win? The World Series. They haven’t done so since 1988 and they’ve done it just twice since 1966. It’s fitting that Clayton Kershaw is their best player, because he can’t win the big one, either. And it’s appropriate that the Dodgers play their home games in Chavez Ravine, because betting on them to win the World Series is like throwing your money into a black hole.

Cleveland Indians (+1200) – The Tribe will make the playoffs again because – well, have you looked at the rest of the teams in the AL Central? But that’s as good as it will get. The abundance of free agents who resided in Cleveland’s clubhouse last season assures significant roster turnover. This group includes bullpen stalwarts Andrew Miller and Cody Allen and outfielders Michael Brantley and Lonnie Chisenhall. Look for baseball’s longest World Series drought (since 1948) to continue.

Milwaukee Brewers (+1500) – You know how rare it is to dreamscape a scenario in your mind’s eye and then have reality play out exactly as things did in your fantasy? That basically sums up Milwaukee’s 2018 campaign. It all fell into place so neatly, so magically, as the Brewers captured the NL Central by winning their last eight games, including a tiebreaker with the Cubs. But you know how often that happens two years in a row? Never.

St. Louis Cardinals (+1800) – The Cardinals have missed the playoffs three seasons in a row, an unforgivable sin in this baseball-mad town, especially considering that they were postseason participants in 12 of the 16 seasons prior to this skid. But they were a different team after Mike Shildt (41-28) replaced Mike Matheny (47-46) as manager. Will it carry over?

Washington Nationals (+2200) – Yes, Bryce Harper is leaving. Who needs him? Not the Nationals. An outfield of Adam Eaton, Victor Robles and Juan Soto still rates among the best in baseball. Max Scherzer is a dominant starter and perennial Cy Young contender. Fix the bullpen and it’s not like the NL East is awash with powerhouse ballclubs.

Tampa Bay Rays (+5000) – With an injury-ravaged rotation the Rays still won 90 games and went 36-19 in the final two months of the season. Only Houston (534) allowed fewer runs than Tampa Bay (646) among AL teams. Blake Snell posted a sensational 1.89 ERA. But they must find a way past the Red Sox and Yankees in the rugged AL East.