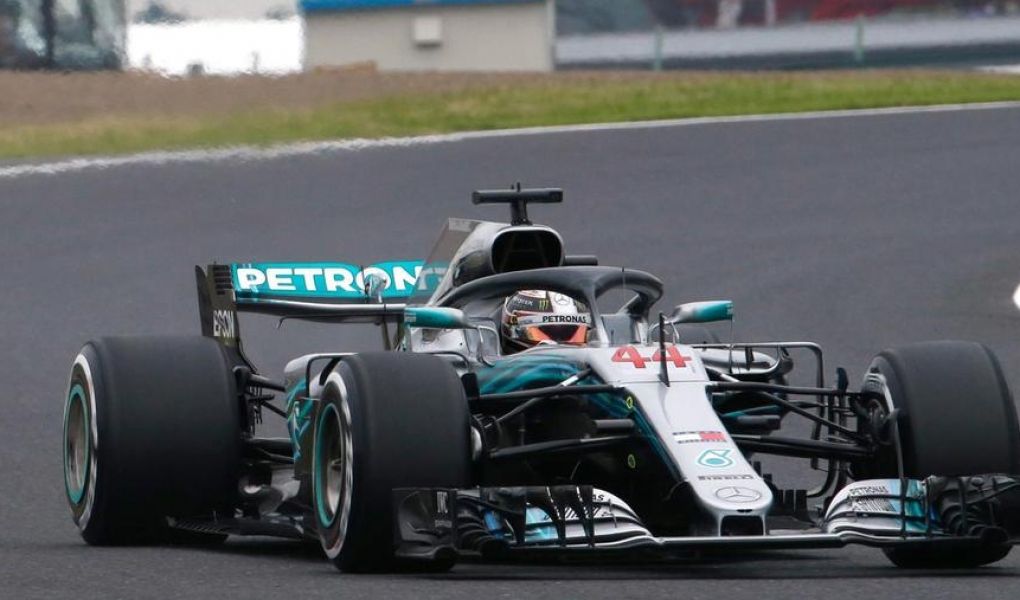 Lewis Hamilton Can Win The F1 Title in The USA, Will He?

Lewis Hamilton won his fourth Grand Prix in a row when he finished in first-place in the recent Japanese Grand Prix and knows a victory in the U.S could win him his fifth world title and his second consecutive drivers championship. Bovada make Hamilton the race’s favorite and he could secure the title.

Lewis Hamilton can win back-to-back drivers championship titles if he finishes in first-place at the United States Grand Prix and Ferrari’s Sebastian Vettel finishes lower that second-place. If Hamilton wins and Vettel finishes second, the title could be decided in Mexico.

Hamilton won his fourth consecutive Grand Prix after a superb drive saw him finish first at Suzuka in the Japanese Grand Prix. Sebastian Vettel had a drive strewn with errors that resulted in him finishing sixth.

There needs to be a 75-point gap between Hamilton and Vettel for the former to lift the trophy once again. Hamilton is currently 67 points ahead before the U.S. Grand Prix.

Bovada has slashed its odds on Hamilton winning the drivers championship to a ridiculous -15000 and drifted Vettel out to +5000 such is the situation.

Lewis Hamilton To Win the US Grand Prix Odds
-180

The same online sports betting site makes Hamilton the -180 favorite to win the U.S. Grand Prix, something the British legend has managed on six occasions, more than any other driver in the race’s history.

Hamilton won the 2017 U.S. Grand Prix from Vettel by more than 10.1 seconds after starting the race on pole position. It is very difficult to see anything other than a Hamilton victory in the 2018 edition.

Sebastian Vettel needs a major miracle if he is to win what would be his fifth world title and his first championship since 2013, but anything can happen in Formula 1.

Vettel was poor in Japan, finished in sixth-place and now need to finish in second-place in Texas if Hamilton, as expected, wins the race.

While Hamilton has an amazing record on American soil, including winning last year’s Grand Prix, Vettel did set the race’s fastest lap and that will give him confidence going into this race, but Vettel is unlikely to finish ahead of Hamilton unless Hamilton crashes out or a problem develops with his car.

Lewis Hamilton’s team-mate Valtteri Bottas is the third-favorite to win the US Grand Prix with odds of +700 while Kimi Raikkonen (+1200), Max Verstappen (+1600) and Daniel Ricciardo (+2000) make up the top six favorites.

Much like Sebastian Vettel, none of these drivers should stand a chance of victory in this race unless something happens to both Hamilton and Vettel.

If we had to choose one of the chasing pack to cause an upset it would be Red Bull’s Verstappen simply because the team-mates of Hamilton and Vettel (Bottas and Raikkonen) will likely have team orders to allow their title-chasing partners pass them.