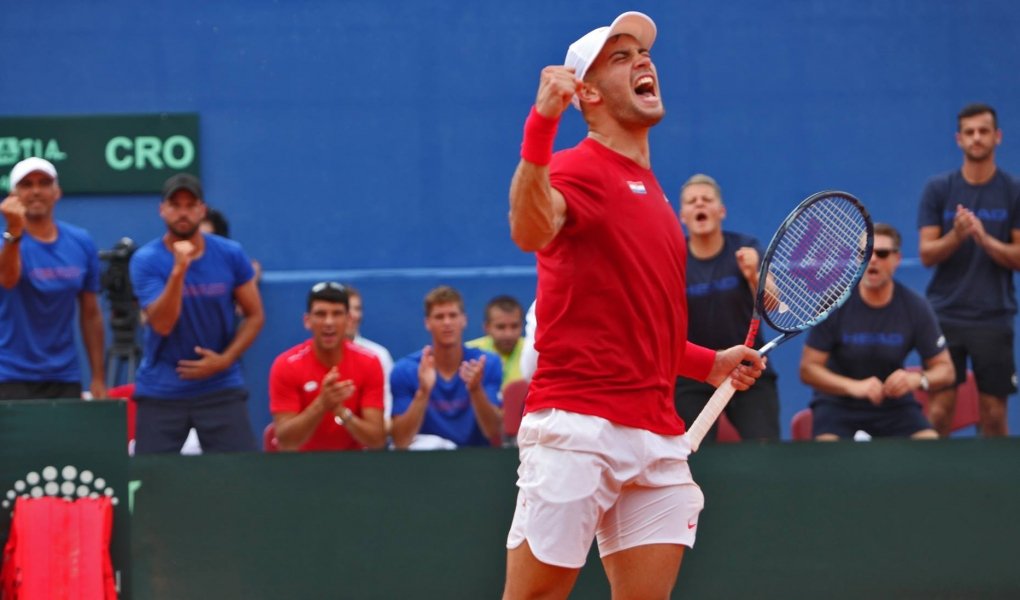 After close to two months of grueling matchups and extensive bracket, the 2018 Davis Cup Final is officially entering its last stage. France and Croatia will match up beginning on November 23 to see who can take home the title. We’ll go through all of the following here:

Please note that all our odds from hereon come via BetFair and are accurate as of Monday, November 12. Please make sure to confirm these lines with your preferred sportsbook before placing a wager.

As the reigning Davis Cup champion, France was always going to be the favorite entering this matchup.

The Final takes place on clay courts, and they have a number of players who use that surface to their advantage.

One such player: Richard Gasquet, the No. 26 ranked player in the world. Except, well, France won’t have Gasquet. He pulled out just inside two weeks before the first serve due to injury. Though he appeared to lament his absence, his exact setback wasn’t specified.

This comes as a huge blow to France, as he was their top player. Captain Yannick Noah will now look to Lucas Pouille, Jeremy Chardy and Joel-Wilifried Tsonga for his team’s singles matches. But France is already dealing with a shallow roster, so there may be no real coming back from Gasquet sitting out.

Croatia, meanwhile, enters as a real threat. Both Marin Cilic and Borna Coric have dropped just one singles match during the Davis Cup playoffs, which doesn’t bode well for France’s suddenly even more shorthanded cast.

Expect to see odds continue moving in the coming days. Gasquet only just announced his absence, so sportsbooks are adjusting.

While France may still have juuust enough depth to navigate the Final, we have to be realistic. They just lost their top-ranked player, and Croatia isn’t just some happy-to-be-here participant. They haven’t won a Davis Cup since 2005, and this latest squad is arguably their best since then.

For that matter, we recommend jumping on their odds while you can. They may not be laying more than even money for much longer. That +125 could soon become a 1-to-1 return or worse.

If you’re one of those bettors who prefers to wait until the week before the Final begins, we’d suggest expediting your process. Though, if you’re extra cautious, Gasquet had initially said he was going to be healthy enough to play in the matchup. You could technically hold off on your bet until France’s call-ups in his stead become official.

Croatia
To Beat France and win the Davis Cup Odds
+125