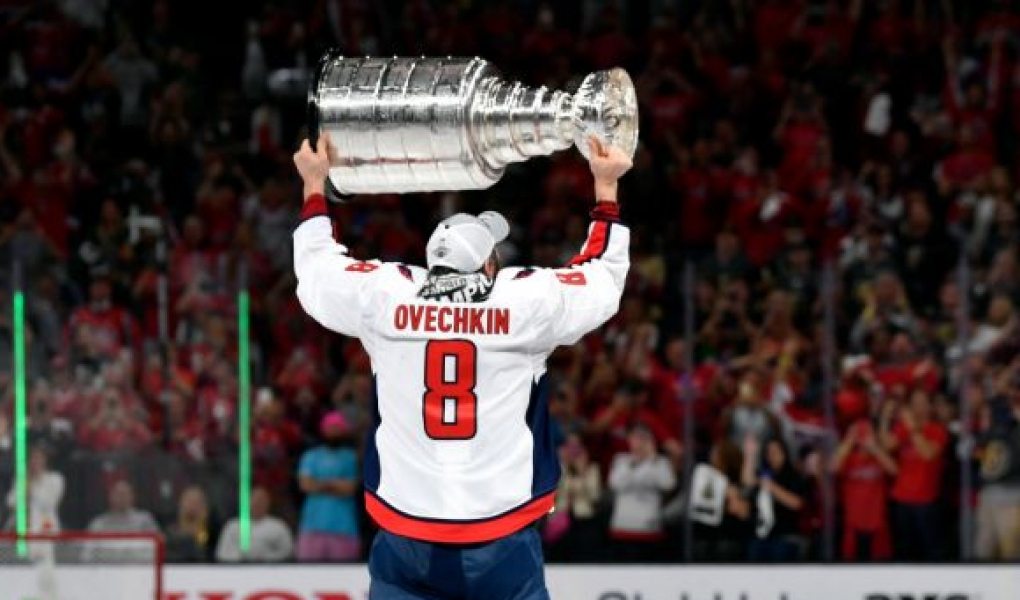 East is East and West is least? In the the NHL, that would appear to be how it now works. From 2007-15, the Stanley Cup was a Western-dominated affair, with teams from the Western Conference winning seven of nine titles in that span.

Lately, though, the pendulum has swung and the East has won the last three Stanley Cups – the Washington Capitals last season and the Pittsburgh Penguins in 2014-15 and 2015-16. This season, based on Bovada’s Stanley Cup future book, that trend is expected to continue.

In its Stanley Cup future book, Bovada sees two Eastern teams – the up-and-coming Toronto Maple Leafs and the on-the-cusp Tampa Bay Lightning – as the favorites to be the squad lifting Lord Stanley’s mug when the postseason concludes.

Can one player turn a young group that’s never won a playoff series together into a championship club? Once the Leafs snared center John Tavares, the prize of this summer’s unrestricted free agent crop, they rocketed up the charts to their current status as the chalk. Certainly with Auston Matthews, Tavares and Nazem Kadri, the Leafs are loaded up the middle. Can they win their first Cup since 1967? In truth, these digits have more to do with the wagering habits of overzealous Leafs fans than they do with reality.

Only one NHL team has reached the Final Four of the Stanley Cup playoffs three times in the past four springs, and that team is the Lightning. This club is your legitimate Cup favorite. Tampa Bay scored an NHL-leading 296 goals, the most by any team since 2009-10. Six Lightning topped 50 points, led by Nikita Kucherov, who garnered 100 points and flirted with the scoring title. Victor Hedman won the Norris Trophy and led all NHL defensemen in goals (17). Goalie Andrei Vasilevskiy was a Vezina Trophy finalist.

A Canadian team hasn’t won the Stanley Cup since 1993, and if any team is going to end that drought in 2018-19, this is the team to do it. The Jets were the only team in the NHL to finish among the top five in both the most goals scored and the fewest goals against. The Jets suited up a 40-goal scorer (Patrik Laine), a 30-goal scorer (Kyle Connor) and a trio of 20-goal scorers. Connor Hellebuyck set a record for U.S.-born NHL goalies with 44 wins. And if you think Toronto has waited a long time for a title, Winnipeg’s last Stanley Cup win was in 1902.

Don't Count Them Out

The defending champs were still celebrating their title when coach Barry Trotz was not tendered a new contract and signed with the New York Islanders. Otherwise, they return relatively intact, losing only fourth-line center Jay Beagle and back-up goalie Philipp Grubauer. Alex Ovechkin and Nicklas Backstrom are still dealing up front and Vezina Trophy winner Braden Holtby is still stopping them. And John Carlson, who led all NHL blueliners with 68 points, eschewed UFA status to re-up with the Caps.

No NHL team gets more from their back end than the Predators, who had four rearguards finish with at least 30 points last season. P.K. Subban (59) and Roman Josi (53) both surpassed 50 points. Filip Forsberg has led the team in scoring in three of the past four seasons and Pekka Rinne is a Vezina contender between the pipes.

The Bruins’ top line of David Pastrnak (35), Brad Marchancd (34) and Patrice Bergeron (30) all reached the 30-goal plateau last season and accounted for 37 percent of Boston’s tallies. The Bruins are deep and talented, but can they overcome the distraction of Marchand’s antics, which include kissing and licking opposing players? At 41, is captain Zdeno Chara still capable of carrying a significant load on defense?

As long as Sidney Cosby and Evgeni Malkin are bringing the goods, the Pens will always be in with a chance to do something special, and neither gives off any indication that they are about to slow down. Pittsburgh’s depth of scoring is unparalleled, but the Penguins’ defensive core is suspect and goalie Matt Murray wasn’t as solid in his first campaign without veteran Marc-Andre Fleury to push him.

Everything fell so neatly into place for the first-year Golden Knights along their magical run to the Stanley Cup final, and the odds of it all going right two years in a row are astronomical. Already, Nate Schmidt’s 20-game PED suspension offers the potential to leave a gaping hole in the Vegas defense. Does William Karlsson have another 40-goal campaign in him? Can Fleury deliver out-of-this-world netminding on a nightly basis once again? It seems to be asking a lot.

Blues GM Doug Armstrong enjoyed a productive summer, adding Ryan O’Reilly, David Perron, Tyler Bozak and Patrick Maroon to an already-potent forward cospearheaded by goal-machine Vladimir Tarasenko. St. Louis now list O’Reilly, Brayden Schenn and Bozak at center. Captain Alec Pietrangelo is a Norris winner in waiting on the blueline. If goalie Jake Allen can find consistency, the Gateway City could prove to be a gateway to the Cup.